A four-legged robot with serious athletic endurance recently walked its way right into the history books.

The sure-footed robot hiked 83.28 miles (134.03 km) to break the world record for the farthest distance traveled by a quadruped robot,Guinness World Records reported Monday (Nov. 2). Researchers from Chongqing University of Posts and Telecommunications in China built the resilient little bot, which kind of looks like a shoebox on stilts.

The aptly named Xingzhe No. 1 robot (xingzhe means “walker” in Chinese) has four articulated, or jointed, legs and is guided by a computer. While the robot’s endurance is impressive, Xingzhe isn’t known for its speed. It took the robot 54 hours and 34 minutes (that’s more than two days) to complete the record-breaking journey before its battery died.

The robot walked around the same 104.32-yard (95.39 meters) indoor track 1,405 times to earn its title. The previous world record holder for farthest distance covered by a four-legged bot was Ranger Robot, developed by researchers at Cornell University. Ranger Robot walked just 40.5 miles (65.18 km) to earn its world title back in 2011.

Although Xingzhe No. 1 has gained notoriety for being such a persistent pedestrian, the real impetus for creating the bot was to study the electrical efficiency of such machines, said Li Qingdu, a robotics professor at Chongqing University of Posts and Telecommunications, who led the research team that developed Xingzhe. Qingdu told the Guinness World Records that he and his colleagues also aimed to increase the endurance and durability of the remotely controlled bots to make them more useful in real-life situations. The ultimate goal, he said, is to have a bot like Xingzhe perform tasks that might be dangerous for humans.

Qingdu and his team aren’t alone in their quest to design robots that can perform human tasks. In June, roboticists from around the world met in California to participate in the Robotics Challenge Finals, a competition hosted by the U.S. Defense Advanced Research Projects Agency, or DARPA. Like Xingzhe, the two-legged bots that competed in the DARPA finals were designed to complete tasks that might be dangerous for people. The bots opened doors, climbed over walls and even drove around in cars to simulate things first responders might need to do after natural or man-made disasters.

But the DARPA bots have yet to earn a Guinness World Record, an honor that Xingzhe shares with a number of other smart machines. There’s CUBESTORMER 3, a robot from the United Kingdom that holds the record for fastest bot to solve a Rubik’s Cube (it takes the bot a little more than 3 minutes). And while Xingzhe might be the farthest walking robot, a bot from Germany holds the record for largest walking robot (it’s more than 51 feet, or 15.5 meters, tall). 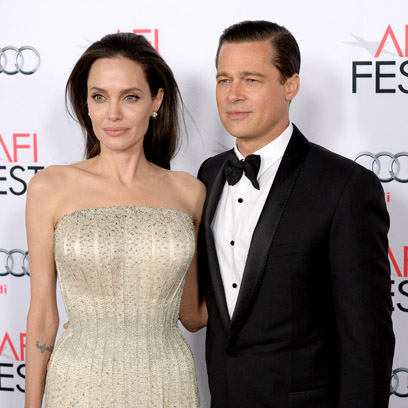 Angelina Jolie and Brad Pitt at the L.A. “By the sea” premiere

They have been busy promoting their new film together from coast to coast in the US. And on Thursday Brad Pitt and Angelina Jolie stepped out in Los Angeles for the world premiere gala showing of their movie By The Sea, looking more in love and elegant than ever. For the west coast screening, which was held in conjunction with the American Film Institute, the pair went all out in […]