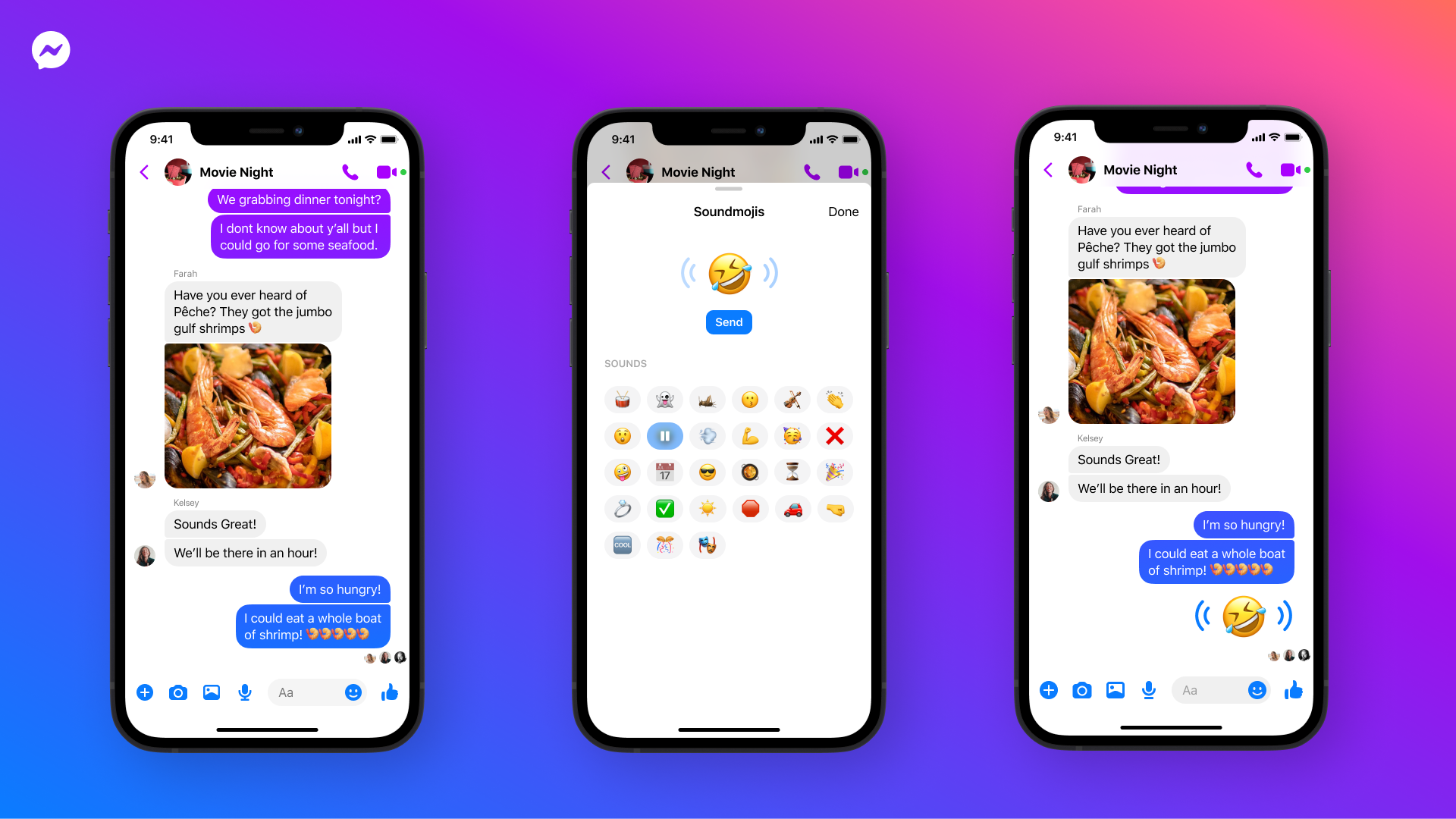 Get ready to make some noise! To celebrate World Emoji Day, Facebook is giving a voice – or rather sounds – to some of its emojis. The platform has unveiled Soundmojis – emojis that make sounds – for users to send via Messenger.

Emojis are a key part of social networking, especially on Facebook. Thus, to mark World Emoji Day on Saturday, July 17, Mark Zuckerberg’s platform has announced the launch of sound emojis on Messenger. The news comes via the platform’s official blog.

These Soundmojis are different from regular emojis because a sound accompanies the image. Users will have access to a library of Soundmojis, which will be updated regularly with new sounds and famous audio clips, said Facebook.

Indeed, the platform states that while emojis like the drumroll, clapping and crickets will embody those sounds, users will also be able to have fun with sound clips from TV shows like Brooklyn Nine-Nine and Bridgerton, as well as the Fast And Furious 9 movie. Users will even be able to share clips from songs, as shown in the promotional video shared by Facebook.

Soundmojis will be accessible in Messenger by clicking on the emoji icon in a conversation. Then select the speaker icon to preview these next-gen emojis before sending them to friends in the conversations.

Recently, Facebook has been rolling out all kinds of new features as it seeks to stand out from other social networks.

The 73rd Primetime Emmys are still a ways off, but the nominees for TV's biggest awards were announced on Tuesday. Perhaps against the odds, the competition is as exciting as ever this year -- The Mandalorian and The Crown lead the pack with 24 nods each. The Emmys also makes history this year -- Mj Rodriguez, who plays Blanca in FX's Pose, is nominated for best drama actress, becoming the […]