Google has hit a milestone for artificial intelligence, as its AlphaGo computer outwitted the world champion of the ancient Chinese board game of Go.

“We are very excited about this historic moment,” said Demis Hassabis, chief executive of Google DeepMind, the London-based unit behind AlphaGo.

Lee Se-dol, the South Korean who has been the top Go player for a decade, said after the game that he was in “shock” and did not expect the machine to play “in such a perfect manner”.

The contest is the first in a five-game series and comes after AlphaGo beat Fan Hui, the European Go champion, by five games to zero in October — a feat experts had predicted would take a decade.

Mr Lee said he “was very surprised because I did not think I would lose the game. A mistake I made at the very beginning lasted until the very last.”

He conceded defeat after more than three hours of tense exchanges, with 28 minutes and 28 seconds still remaining in the game.

Mr Lee’s downcast mood was in sharp contrast to his bullish attitude in advance of the match, when he told the Financial Times this week that it would be “a computer’s victory if it wins even one game”.

“I am in shock, I admit that, but what’s done is done,” he said on Wednesday. “I enjoyed this game and look forward to the next. I think I failed on the opening layout, so if I do a better job on the opening aspect I think I will be able to increase my probability of winning.”

A Korean commentator of the match described AlphaGo’s way of playing “mysterious” and attributed its victory to the absence of emotion. “It was very surprising that even if AlphaGo made certain failures, it maintained its cool and in was not hindered by them in the following sequences of the play,” Kim Dong-myung, one of the Korean commentators and a professional Go player, said.

DeepMind was acquired by Google in 2014 and uses games as a testing ground for AI algorithms that could have real-world applications.

While computer programs routinely beat the world’s leading human players of games such as draughts and chess, the high level of intuition and evaluation required by Go has made it tough for even the most powerful computers to crack.

Mr Hassabis said he had “huge respect” for Mr Lee, describing the face off as “hugely exciting” and “very tense”.

David Silver, leader of the AlphaGo team, said it was an “amazing game of Go that really pushed AlphaGo to its limits”.

Google’s effort is the latest by a technology company to use AI to try and outwit humans in games. IBM’s Deep Blue computer beat Garry Kasparov at chess in 1997, and the company’s Watson won the US television quiz show Jeopardy! in 2011. 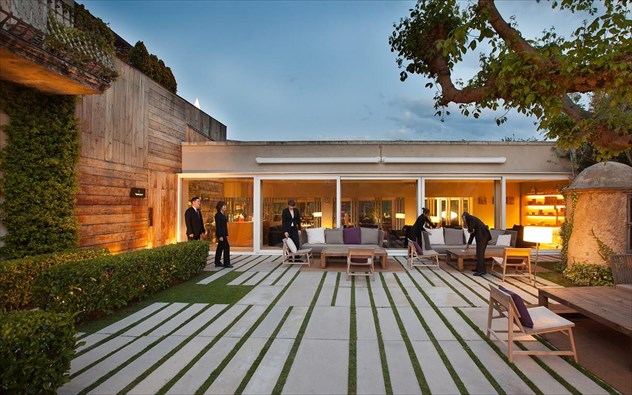 6 restaurants that are almost harder to get into than Harvard

Better hope your favorite restaurant never becomes lauded as one of the "world's best." The second that happens, chances are you'll never get a table again. Indeed, of late, some eateries have become harder to get into than an Ivy League college. Here's a look at some of the world's toughest tables and the secrets to scoring a chair. Sushi Dai Just about every guidebook on Tokyo has extolled the 5 […]