Razer made a webcam with a selfie light for streamers 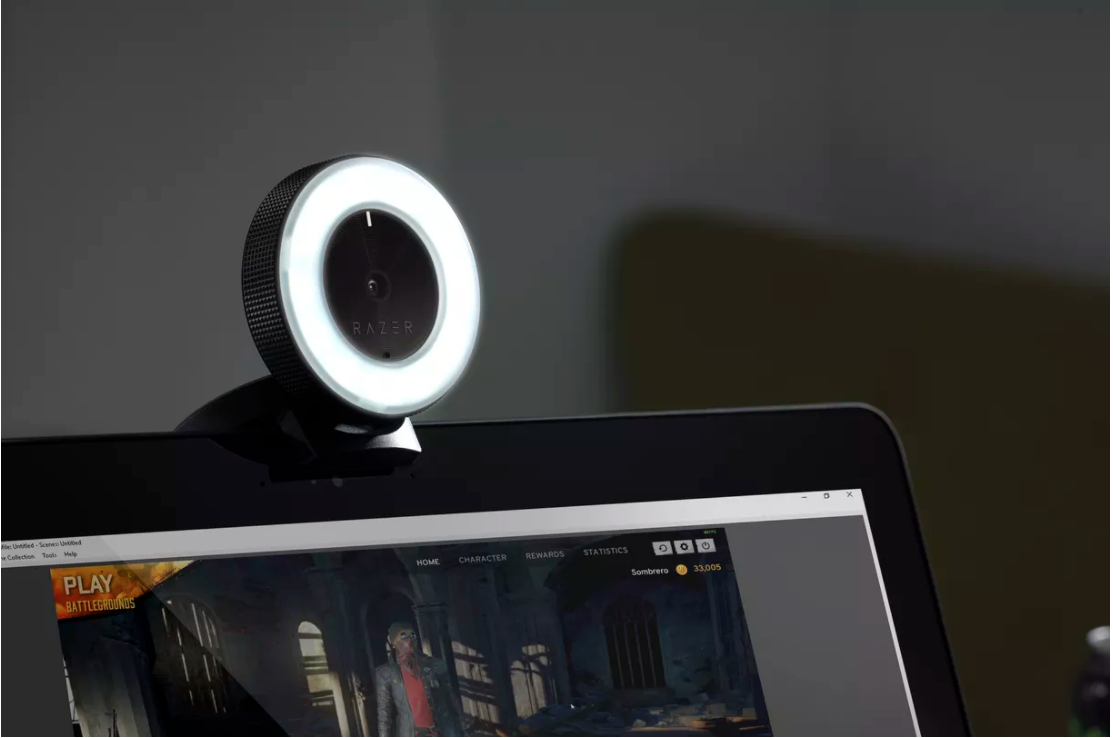 Razer launched two new products today for streamers: the Razer Seiren X portable microphone and the Razer Kiyo webcam with a selfie light. These two products are Razer’s latest attempt to become the popular choice for microphones and webcams, which people normally don’t go to it for.

The Razer Kiyo webcam comes with an adjustable ring light with twelve white LEDs, which you can control to twelve levels of brightness. It has a four-megapixel camera that can record up to 1080p at 30 fps or 720p at 60 fps, and it’s compatible with popular streaming tools XSplit and Open Broadcaster Software. The Kiyo comes with a 1.5 meter braided cable terminating in a USB 2.0 connection. It’ll sell for $99.99.

The webcam looks good in theory, but it faces an uphill battle for adoption, as most popular streamers don’t seem to have any major lighting problems and therefore, might not need a selfie light. A lot of Razer’s older streaming equipment, like its original Razer Seiren Elite microphone, don’t have the best reputation for quality either. Many gamers prefer the Blue Yeti for a microphone but still get Razer mice and mechanical keyboards.

Razer’s newest attempt at breaking into the microphone market for streamers is the Razer Seiren X, a USB microphone that’s mechanically fastened to dampen vibrations. It has a removable desk stand and zero latency monitoring to remove audio lag. The Seiren costs $99.99.

In developing the two products, Razer says that it sought top streamers from Twitch and YouTube for input and to test out early prototypes. Both are designed for portability so streamers can travel and game. The two products are available for purchase on Razerzone.com and in stores worldwide by the end of the year. Rian Johnson weighs in on why he chose to shoot at Ireland's Skellig Michael instead of on a soundstage: "I’m sure it would have been more economical, but it was so worth it to do it the way we did it." April’s first Star Wars: The Last Jedi teaserwhetted fans' appetite, but since the full trailer and new poster arrived earlier this month, it’s been a feeding frenzy of speculation. Fan speculation is […]