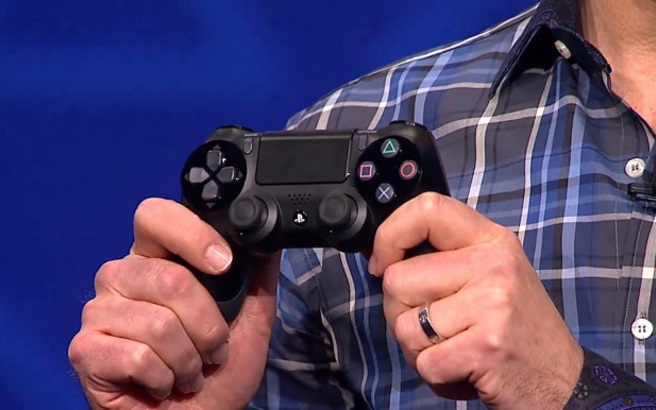 Sony’s PlayStation 4 is once again the hottest-selling gaming console in the United States.

The Japanese consumer electronics maker said the PS4 was the top seller in the US in November, citing data from research firm NPD Group. The company doesn’t reveal console sales by country, a Sony spokeswoman said. It did reveal that prior to Black Friday it had sold more than 30.2 million PS4 units to consumers around the world since the console launched in November 2013.

Microsoft didn’t share the November sales numbers for its Xbox One in the US either. It did release a statement picked up by Geekwire that “last month was our best November ever in the US for Xbox One, setting new records for console sales.” Still, the Redmond, Washington, tech giant fell back to second place in console sales after beating Sony in October.

The holiday shopping season is critical for console and game makers. They depend on it for the lion’s share of their annual sales. Two years ago, Microsoft and Sony used the season as the launching point for their current generation of consoles, and their timing was spot on: Consumer demand was so great that retailers often couldn’t keep the Xbox One and PS4 in stock. This year, both are continuing the tradition with promotions and sales to lure buyers, and it’s paying off with strong demand for both consoles.

Microsoft has been pushing Xbox One bundles with free games and accessories as well as dropping the price on its console. On Black Friday weekend, Microsoft cut the price of its gaming console by $50 and offered bundles as low as $299. This Friday, the software giant is again offering $50 off the price of an Xbox One plus two free games.

Sony slashed the price of the PS4 in October in the US by $50, to $350, and included a free copy of one of two games, Uncharted: The Nathan Drake Collection or Star Wars Battlefront. On December 6, Sony cut the cost of the PS4 by another $50, to $300, the same discount it offered on Black Friday and Cyber Monday.

Thanks to the latest promotions, the strong sales that both companies saw last month should continue.

Total sales of gaming hardware rose 11 percent last month compared with November 2014, Callahan added. The growth was driven by sales of consoles, which were up 14 percent, offsetting a drop of 31 percent for portable gaming devices.

The X-Men: Apocalypse Trailer is Here!

The X-Men: Apocalypse trailer has arrived Following all the teasing from director Bryan Singer, 20th Century Fox has revealed the full X-Men: Apocalypse trailer, which you can check out in the player below! Since the dawn of civilization, he was worshiped as a god. Apocalypse, the first and most powerful mutant from Marvel’s X-Men universe, amassed the powers of many other mutants, becoming immortal and invincible. Upon awakening after thousands of years, he is disillusioned […]