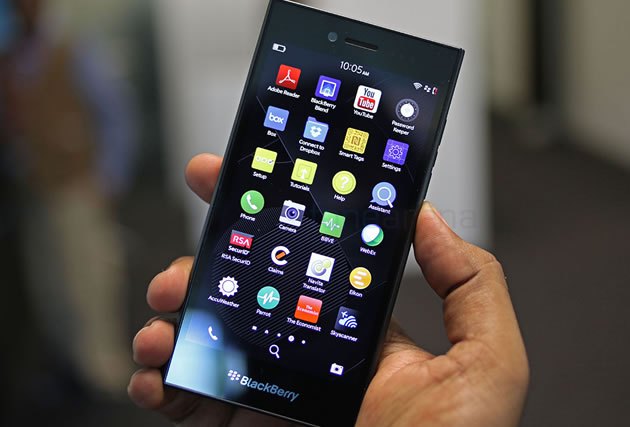 It wasn’t too long ago when a photo of the BlackBerry Priv – the very first BlackBerry smartphone powered by Google’s Android operating system – emerged over the Internet, showing it running over the Verizon Wireless network. While Verizon is not yet ready to offer it to its customers today, it says in a tweet that the hotly anticipated phone is “coming soon.”

Previous speculations have suggested that the phone will join the smartphone lineup of Verizon next year. Judging from the carrier’s Twitter post however, it appears that the Priv will arrive earlier than expected.

Verizon Wireless – also known in the industry as Big Red – has not disclosed any details yet as to when it plans to ship the phone or how much it plans to offer the Priv. A possibility exists, however, that it will be launched in time for the holiday shopping season.

Meanwhile, the Priv has already landed on Big Red’s archrival AT&T on Nov. 6.

Not so long ago, we delved on the news that this BlackBerry smartphone can be preordered for $699.99 at B&H photo, a New York-based camera and electronics retailer.

In the meantime, the online store of BlackBerry offers this Android-powered slider in the United States for $699.

The Priv houses 32 GB of storage and 3 GB of RAM. What’s more, it comes equipped with a 2 TB-capacity MicroSD slot for those who require extra storage space for their needs.

It is also worth noting that it features an octa-core 1.8 GHz CPU, an Adreno 418 GPU and a Snapdragon 808 chipset.

During the Code Mobile conference in October, BlackBerry’s boss John Chen said that the possibility of getting out of the phone business exists if the company will not meet the goal of selling 5 million phones every year.

“Sometime next year we have to make our device business profitable, otherwise I have to rethink what I do there,” mentioned Chen. “My job is to make sure the value of the company is protected … Even if I’m not in the handset business, getting into providing security for Android lets us provide solutions via software.”

Stephen Colbert addressed a concern of his about the James Bond franchise on Wednesday night's Late Show with guest Daniel Craig. The late-night host told the 007 actor and star of the upcoming Spectre that he couldn't believe that in almost every Bond film, beautiful cars with cool gadgets get destroyed not long after the secret agent receives them. "Well, he does drink a lot of martinis," joked Craig. From […]