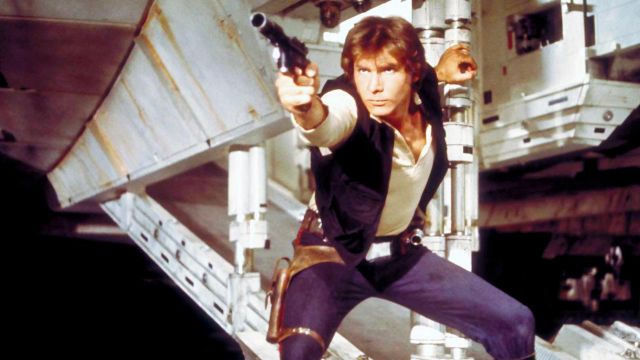 Disney+ arrived with seven chapters of the Skywalker saga, but people have started to notice something strange about the first Star Wars film, A New Hope:it has an entirely different edit than the ones fans have seen before.

The change was “made by George made prior to the Disney acquisition,” a Disney representative told The Verge. The new edit, which was first spotted by the Star Wars Visual Comparisons Twitter account, features an entirely new insert of the Rodian bounty hunter Greedo saying something while talking to Han Solo in the Mos Eisley cantina on Tatooine.

The famous scene, which depicted the two characters having a tense conversation about the money Solo owned, was originally filmed and edited to feature Solo shooting Greedo first. The Special Edition release of A New Hope in 1997 was edited to feature Greedo shooting first. The edit became one of the most controversial moments in Star Wars history.

In the newly edited scene, Greedo says something to Han before shooting (Maclunkey!), although no subtitle appears at the bottom of the screen. Han proceeds to shoot once. This is followed by “a new explosion [that] covers a transition from them shooting to Greedo hitting the table, removing the Greedo dummy altogether.”

The account also discovered while scrubbing through the footage that it appears “the timing has been adjusted farther and they now shoot on the same frame.” It’s possible that these changes were made to improve the pacing of the scene since it’s different from what was originally used.

Over the years, multiple edits have been made to A New Hope alongside the original trilogy. Some of these are focused on audio settings; others were made to clean up the visuals. Most fans acknowledge that seeing an original version of George Lucas’ 1977 Star Wars film is unlikely, but they can probably all agree on one thing: stop messing around with one of Han Solo’s most iconic scenes. Johnny Cash Documentary: 10 Things We Learned From ‘The Gift’