Stratos Tzortzoglou’seminars on acting in Lamia 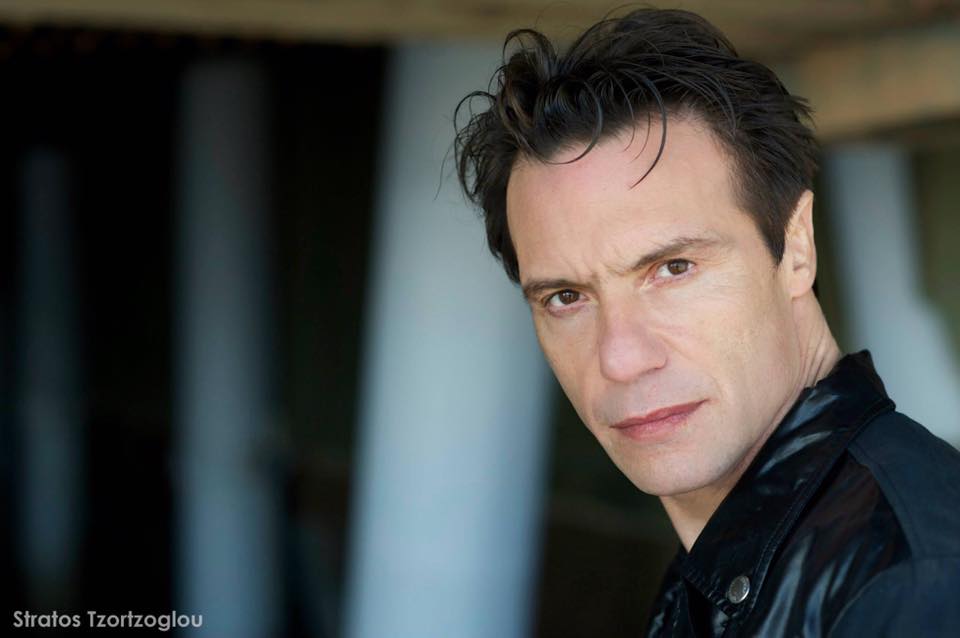 Offered by Stratos Tzortzoglou a known, established actor and now a professional observer at the Actors Studio.

Stratos did his masterclasses in L.A with Ivanna Chubbuck (Brad Pitt ,Halle Berry ,Charlize Theron ,James Franco ,Sylvester Stallone) and with Aaron Speiser (Will Smith ,Jennifer Lopez ,Gerard Butler ,Marion Cotillard) who said about Stratos “In all my experience, I have never met an actor as dedicated and talented as Stratos”.

The class will have Stratos Tzortzoglou detailing the greatest lessons he’s learned through his momentous career—the struggles and successes that made him the household name he is today.“

Education has always been an important part of my life,” Stratos said in a statement.
“The teachers, mentors, and those who gave me opportunities along the way have made me feel blessed because they taught me the value of striving to be your best. I’m delighted to be part of this new wave of education.As my mentor Karolos Koun once said, ”We must believe in miracles, in order for miracles to happen.”

• Concentration: an instant remedy for stage fright.
• Creation of the “fourth wall” to eliminate the awareness of the audience.
• Implementation of relaxation and concentration in the monologues and scenes.
• Sense Memory: remembering the five senses of the sensory impressions experienced by the individual.
• Implementation of the above mentioned techniques in the monologues and scenes.

• Private moment: the actor’s ability to appear “private in public.”
• Affective Memory: the use of specific sensory aspects to recreate a chosen personal experience associated with the emotional state desired for the character.
• Implementation of Private Moment, Affective memory in the monologues and scenes.

• Improvisation and the “magic if”: it is the magic of the kind that children possess at play.Work on prior and given circumstances of the play using your own words with absolute honesty to build the bridge between you and the character you want to portray before the obligation to the text.
• Moment to moment and justification: all actions and behavior on stage or film must have a purpose and a freedom of spontaneity.

• Imagination, personalization, substitution: imagination is the basis for all that is new, fresh, young and original.
• Given circumstances: the author’s story: place, sensory elements, relationships, time period.
• Continuing work on monologues and scenes.
Using and practicing the preceding techniques can help the artists to achieve the “creative state” from which creative work can develop.

We hope you will see the potential of this amazing journey and share in our celebration and in the process challenge a worldwide audience to recognize and connect with its own humanity.

Stratos Tzortzoglou appeared for the first time in Karolos Koun’ Sound of the Gun by Loula Anagnostaki at Karolos Koun Art Theater. Apart from Karolos Koun, he has worked on stage with famed Greek directors Minos Volanakis, Jules Dassin, Spyros Evangelatos, Roula Pateraki, Andreas Voutsinas and Giannis Kokkos. He has also worked in film with directors such as Theo Angelopoulos, Michael Cacoyannis and Pantelis Voulgaris, and alongside actresses Catherine Deneuve, Irene Papas (Captain Corelli’s Mandolin, Chronicle of a Death Foretold, Z, Electra), Lena Endre (The Girl with the Dragon Tattoo) and Sarah Douglas (Conan the Destroyer, Falcon Crest, Superman). Stratos recently relocated to New York City. You can contact him through , his manager Alan Morell (creativemanagementpartners) and his website stratostzo.com. The following titles are only a small selection of his extensive body of work.

INGMAR BERGMAN compares Stratos to a stradivarius violin, adding that “the great actors are great instruments”

JIM GIANOPULOS, chairman of 20th Century Fox, writes that “Stratos is destined for great things, he has a unique way of capturing the audiences with his charm and authenticity, and he has truly mastered his art form”.

Palme d’Or winner THEO ANGELOPOULOS described Stratos as someone who “can absorb everything, turning this to an advantage. He is the ideal actor for this difficult game between beauty and recognition”.

Academy award nominated director JULES DASSIN states that “Stratos’ Biff Loman from Death of a salesman was the most passionate Biff I’ve ever seen”.

• Oscar winning actress OLYMPIA DUKAKIS says Stratos “has a lot to offer to the American film industry in his unique sense of acting, combing talent, intuition, passion and determination”.