George Lucas Wrote ‘Star Wars’ as a Liberal Warning. Then Conservatives Struck Back 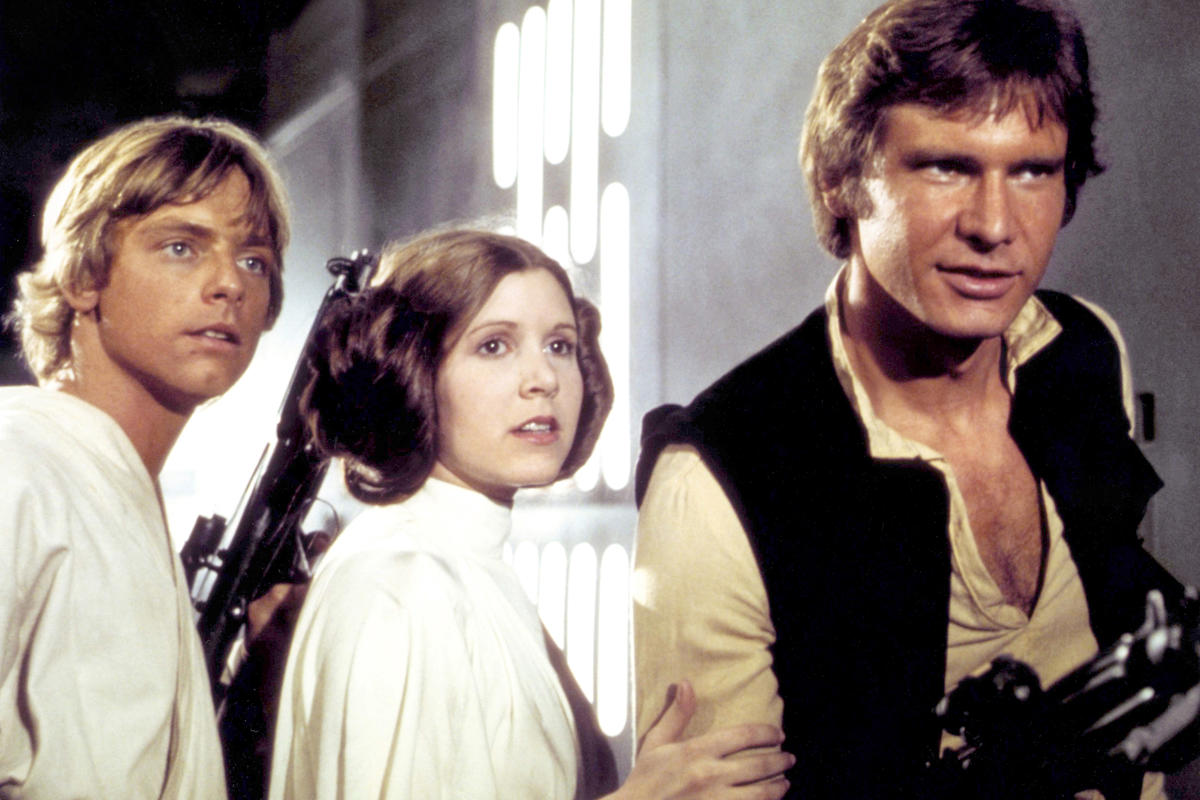 George Lucas Wrote ‘Star Wars’ as a Liberal Warning. Then Conservatives Struck Back

When George Lucas sat down in early 1973 to draft an operatic science fiction movie about a ragtag group of rebels fighting a corrupt central government, the trial of the Watergate burglars had just begun.

He wrote “Star Wars” reflecting the fraught politics of that moment, hoping to serve a tidy political lesson along with the popcorn.

“It was really about the Vietnam War, and that was the period where Nixon was trying to run for a [second] term, which got me to thinking historically about how do democracies get turned into dictatorships?” he told the Chicago Tribune years later. “Because the democracies aren’t overthrown; they’re given away.”

But like all art, movies have a way of escaping their creators’ intentions.

As “Star Wars” and its sequels broke box office records, it became so popular that its characters, plot devices and lingo became a kind of cultural shorthand. Politicians and activists used it to make their arguments — sometimes for ideas that Lucas disagreed with. And in the final blow, the movie’s bad guys were embraced by the very types of people he was warning against.

In a way, “Star Wars” was the first political meme of the modern era, an analog example of the cultural churn the internet now produces daily, turning an innocent frog cartoon into the mascot of white nationalists or repurposing an awkward political moment into a thousand Photoshop jokes.

The political history of “Star Wars” began hopefully enough with Jimmy Carter — like Luke Skywalker a farmboy who went on to bigger things — watching “Episode IV: A New Hope” at Camp David in 1978 with Egyptian President Anwar Sadat as they held a secret strategy session for the historic Camp David Accords.

But the real breakthrough came in 1983, the same year as “Return of the Jedi.” President Reagan had been lobbing rhetorical attacks at the Soviet Union throughout his first term, but he’d faced pushback from the more Establishment foreign policy types in the White House. One speech at the British House of Commons in particular had been watered down.

The White House’s conservatives struck back, taking some of the harsher lines from that speech and adding new jabs to one set to be delivered before the National Association of Evangelicals, an address that the foreign policy gurus would overlook. One section of the speech ended up defining Reagan’s combative approach to the USSR:

“I urge you to beware the temptation of pride—the temptation of blithely declaring yourselves above it all and label both sides equally at fault, to ignore the facts of history and the aggressive impulses of an evil empire , to simply call the arms race a giant misunderstanding and thereby remove yourself from the struggle between right and wrong and good and evil,” he said.

Speechwriter Anthony R. Dolan, who wrote that paragraph, later denied that the term “Evil Empire” was inspired by the Galactic Empire in “Star Wars,” but the image stuck in large part because of that resonance. The Soviets decried the “Evil Empire speech,” as it came to be known, and Reagan himself walked the phrase back in a 1988 meeting with Soviet leader Mikhail Gorbachev, arguing it came “from another time, another era.”

But the association was hard to shake, especially since Reagan was a former actor who was known to be influenced by watching movies. When he gave a second speech a few weeks later calling for a space-based missile defense system, critics dubbed it “Star Wars,” and the name stuck. By 1985, even a group supporting the Strategic Defense Initiative was using the name in its ads — leading to an unsuccessful lawsuit on trademark infringement from Lucasfilm Ltd.

It was telling that Lucas only tried to enforce his trademark when it was used to defend SDI. But the lawsuit was doomed because politics is so often thinly veiled plagiarism. You can’t trademark a political argument, or sue to keep a metaphor in check, and so it proliferates.

From the 1980s on, the Congressional Record is littered with references to Skywalkers and Yodas, Death Stars and Darth Vaders. Quotes from the movie are repeated and garbled. (President Obama famously mangled the “Jedi mind trick.”) And analogies are stretched beyond all recognition: The alternative minimum tax, Sen. Max Baucus once argued on the floor of the world’s greatest deliberative body, is like Anakin Skywalker. “Both Skywalker and the AMT started off with great intentions, but eventually they went astray,” he said.

From Lucas’ perspective, at least Baucus was acknowledging that Anakin Skywalker erred in becoming Darth Vader. Another strain of conservative thought beginning around the time of the prequels held that maybe the Empire wasn’t so bad after all.

The argument first made a splash in 2002 in the conservative Weekly Standard, which argued as “Attack of the Clones” was hitting theaters that Emperor Palpatine was a dictator “but a relatively benign one, like Pinochet” and “a dictatorship people can do business with.”

During the Bush Administration, Vice President Dick Cheney was called Darth Vader by critics so often that he embraced the nickname, dressing up his black Lab in a Vader costume for Halloween in 2007 and joking that it was “one of the nicer things I’ve been called recently.” Eventually, he began using the “Imperial March” — Vader’s instantly recognizable theme — as his walk-up music in political appearances.

Cheney was still mostly joking. But by 2015, conservative writers were regularly celebrating the Galactic Empire on Twitter. And in an interview shortly after the 2016 election with The Hollywood Reporter, Donald Trump’s then-adviser and Breitbart News executive Steve Bannon made clear he was not just making a contrarian joke.

“Darkness is good,” he said, arguing it helps distract political opponents. “Dick Cheney. Darth Vader. Satan. That’s power. It only helps us when they get it wrong. When they’re blind to who we are and what we’re doing.”

Somewhere, George Lucas surely winced, twice. He had already made clear in 2009 that he viewed Cheney not as Darth Vader — “a promising young man who is turned to the dark side by an older politician” — but rather as that older politician, Emperor Palpatine. And Palpatine, after all, was the character he modeled after Nixon all those years earlier.

But that’s the thing about art. As a director, you can have an idea for what a movie is supposed to mean, and how people should respond to it politically. But all you can do is put it out there. After that, the audience does what it wants.

One of Google's most important decisions for Android was to separate key feature updates from new firmware -- you don't have to suffer through months of delays from your manufacturer and carrier just to get a new messaging app or a vital behind-the-scenes service. And now, that's true for Android Wear as well. Google's Hoi Lam has confirmed that Android Wear 2.0 can receive some updates through the Play Store, rather than waiting for […]