Filmed in Malta with a primarily European crew and cast, “By The Sea,” looks and sounds like it is heavily influenced by European cinema from the ’60s and ‘70s by filmmakers like Luchino Visconti or Robert Rossellini. Jolie described the film as “an art film, the kind of movie that I like to see but not something I’m usually cast in,” but the emotionally taxing relationship aspect of the film isn’t something she’s probably going to tackle again any time soon. “We’re proud of ourselves for being brave enough to try it. I think ‘By the Sea’ was the hardest film for me, because it wasn’t [issue-driven]. It’s something I probably won’t do very much of.”

By the Sea follows an American writer named Roland (Pitt) and his wife, Vanessa (Jolie Pitt), who arrive in a tranquil and picturesque seaside resort in 1970s France, their marriage in apparent crisis. As they spend time with fellow travelers, including young newlyweds Lea (Laurent) and François (Poupaud), and village locals Michel (Arestrup) and Patrice (Bohringer), the couple begins to come to terms with unresolved issues in their own lives.

“By The Sea” will be released on November 13th, which is a bit too early for the AFI Film Festival. So it’ll be interesting to see where it turns up on the fall festival circuit. Regardless, the first trailer is here, so watch it below and let us know what you think. 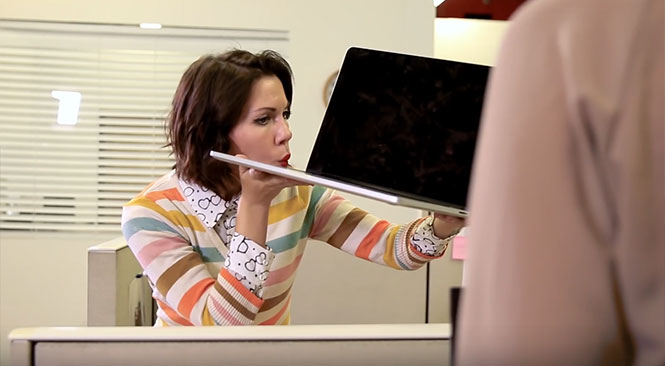 Things You Did In The ‘90s That Would Be Weird Today