25 Hit Songs Meant For Other Artists 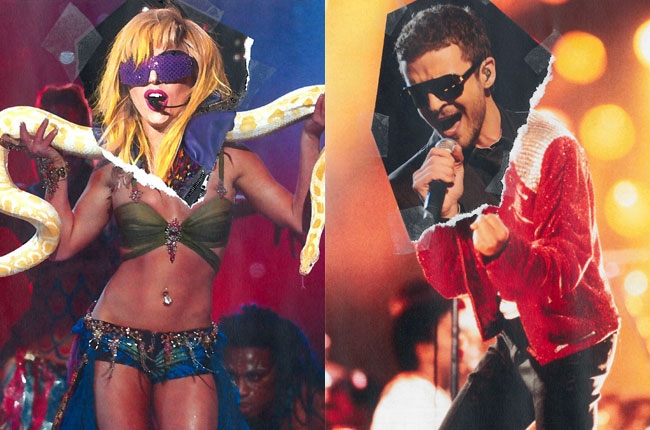 Check out these 25 instances of smash songs originally intended for other artists.

1. “The Long and Winding Road”
Recorded By: The Beatles | Turned Down By: Tom Jones

Paul McCartney wanted Tom Jones to record “The Long and Winding Road” as a single in 1968, but that didn’t work out, and he recorded it with The Beatles instead.

2. “Dim All The Lights”
Recorded By: Donna Summer | Written for: Rod Stewart

Donna Summer wrote “Dim All the Lights” for Rod Stewart, but she ultimately decided to keep the song for herself, and it became one of her signature hits.

David Bowie gave “Golden Years” to Elvis Presley, but since Presley declined to record it, it ended up on Bowie’s 1976 classic Station to Station.

4. “Hungry Heart”
Recorded By: Bruce Springsteen | Written for: The Ramones


Bruce Springsteen wrote “Hungry Heart” for The Ramones, but his producer and manager Jon Landeau convinced him to keep it for himself. It ended up becoming Springsteen’s first major chart hit.

5. “Call Me”
Recorded By: Blondie | Turned Down By: Stevie Nicks

Disco producer Giorgio Moroder originally asked Fleetwood Mac’s lead songstress to help compose lyrics and deliver vocals for his latest dance confection, but when contractual issues prevented the collaboration from happening, Moroder turned to Debbie Harry, who co-wrote “Call Me.” Nicks scored a huge hit two years later with “Edge of Seventeen,” but could she have guided “Call Me” to its No. 1 spot on the Hot 100, as Blondie did?

6. “Holiday”
Recorded By: Madonna | Turned Down By: Mary Wilson

The unstoppable “Holiday” was passed around to Phyllis Hyman and then to Supremes founding member Mary Wilson before it came to Madonna, who guided the track to a No. 16 peak on the Hot 100 and gave the upstart singer her first taste of the chart. How would the song have sounded with an R&B backbone? The world will never know.

7. “How Will I Know”
Recorded By: Whitney Houston | Turned Down By: Janet Jackson

Whitney Houston’s No. 1 hit on the Hot 100 stands as one of the artist’s most iconic tracks — but it could have sounded a lot different with Janet Jackson at the helm. Songwriters George Merrill and Shannon Rubicam reportedly approached Janet’s management team with a demo, but a swift decline forced them to look elsewhere. Thanks in large part to Clive Davis, Houston was given the track and turned it into a behemoth.

While Brooks claimed in the liner notes of “The Hits” that “Friends in Low Places” was originally held for him, Mark Chesnutt, who enjoyed a run of success in the early 90s, also recorded the song. His version appears on his 1990 debut “Too Cold at Home” — released only a month after Brooks’ “No Fences” — and was the B-side to his 1991 single “Broken Promise Land.”

9. “…Baby One More Time”
Recorded By: Britney Spears | Turned Down By: TLC

This is one denial that seemed to work out for all parties involved: Max Martin’s pop track was originally offered to TLC for their “Fan Mail” album, but the R&B group rejected the song, which eventually served as Spears’ debut single. Without “…Baby One More Time,” Spears perhaps does not arrive in such a huge way; meanwhile, TLC packed “FanMail” with hits like “No Scrubs” and “Unpretty,” and the album was eventually nominated for album of the year at the Grammy Awards.

10. “Rock Your Body”
Recorded By: Justin Timberlake | Turned Down By: Michael Jackson

Imagine, if you will, that Michael Jackson’s final album was comprised of Neptunes-produced bangers like “Rock Your Body” instead of the uneven fare of 1999’s “Invincible.” And imagine that Justin Timberlake’s solo debut was not blessed with tracks like this ubiquitous dance-starter. MJ passed on “Rock Your Body,” and a number of other “Justified” songs, before the tracks went to JT, sending us into an alternate pop universe that still resonates today.

11. “Let’s Get Loud”
Recorded By: Jennifer Lopez | Turned Down By: Gloria Estefan

“Let’s Get Loud” was originally written by Estefan and Kike Santander for the Latin-pop superstar to use for herself, but the song was eventually passed to Lopez, who turned it into one of the biggest hits from his 1999 debut “On the 6.” The song, which has sold 413,000 downloads according to Nielsen SoundScan, surely could have worked for Estefan as well, but helped catapult Lopez to a new level of fame.

The Neptunes’ slinky pop track was almost given a completely different context: instead of becoming the sexually charged lead single of her more adult “Britney” album, “I’m A Slave 4 U” almost ended up as a game-changing single for Janet Jackson, who passed on the opportunity to record the song. That’s right: if Janet opted to take on “Slave,” maybe Britney NEVER dances with a python on the VMAs stage!

13. “Toxic”
Recorded By: Britney Spears | Turned Down By: Kylie Minogue

Britney’s 2004 smash won the pop star her first Grammy and has sold 1.9 million downloads since its release according to Nielsen SoundScan, but the seductive song could have been a logical sequel to Kylie Minogue’s “Can’t Get You Out of My Head.” “I listened to a snippet of it in the record company offices and decided against it,” Minogue said in a 2008 interview. “It’s like the fish that got away. You just have to accept it.”

14. “Since U Been Gone”
Recorded By: Kelly Clarkson | Turned Down By: Pink, Hillary Duff

Dr. Luke and Max Martin originally teamed up to give P!nk another hit, and when she reportedly turned it down, they reached out to Hillary Duff. But the story goes that Clive Davis convinced the producers to give the song to Clarkson, who fashioned it into the centerpiece of her “Breakaway” and helped it sell 2.6 million downloads, according to Nielsen SoundScan.

The salacious single was originally offered to both the Sugababes and Paris Hilton before ending up with the Pussycat Dolls, who used the track as the lead single from their 2005 debut album “PCD.” Hilton’s 2006 debut LP “Paris” never scored a hit on the level of “Don’t Cha,” and could have used the track as an introduction to her short-lived sonic style.

Gold Digger” became one of Yeezy’s biggest hits to date, but would the Jamie Foxx-assisted “Late Registration” jam topped the Hot 100 if it had been recorded by Chicago rapstress Shawnna? After she passed on the beat, West rewrote the hook to accommodate a male perspective, and struck, er, gold.

17. “Disturbia”
Recorded by: Rihanna | Turned Down By: Chris Brown

Months before the 2009 Grammy Awards, Chris Brown co-penned an electro-pop jam that was considered for the deluxe edition of his “Exclusive” album. Brown opted to record “Forever” instead, and gave “Disturbia” to his girlfriend Rihanna, who turned it into another No. 1 hit on the Hot 100. Brown could have easily turned Brian Kennedy’s propulsive beat into a radio hit of his own, but the track just sounds cleaner with Rihanna out in front.

Gaga originally wrote “Telephone” to be included on Spears’ “Circus” album, but after the pop superstar rejected it, Gaga saved the track for later inclusion on her “Fame Monster” release along with Beyonce.

In a hits-packed career, “S.O.S.” still stands out for Rihanna: the infectious dance track spent three weeks atop the Hot 100, notching the Barbadian star her first number one single. Christina Milian, who infamously passed up the chance to record the track, certainly could have used the smash single — her last mainstream hit was “Dip It Low” in 2004, and she hasn’t released an album since 2006, the same year that “S.O.S.” reigned on the radio.

20. “Umbrella”
Recorded By: Rihanna & Jay-Z| Turned Down By: Britney Spears

Back in 2007, a full-fledged Britney Spears comeback was far from assured, after a series of personal meltdowns prevented the pop superstar from once again reaching greatness. Legend has it that “Umbrella” writer/co-producer The-Dream offered the song to Brit as a way to engineer a return to the throne, but that her management nixed the track, which eventually went to Rihanna and became a No. 1 record. It’s not hard to imagine Spears’ voice on the track, but it’s impossible to think how a lack of “Umbrella” would have changed Rihanna’s career.

21. “Whataya Want From Me”
Recorded By: Adam Lambert | Turned Down By: P!nk

Adam Lambert’s biggest hit to date could have ended up on “Funhouse” by P!nk, who co-wrote the track with Max Martin and Shellback before delivering it to the “American Idol” runner-up. P!nk eventually recorded her own version of “Whataya Want From Me,” complete with the exact same arrangement, and placed it on her “Greatest Hits… So Far!!!” compilation in 2010 — but Lambert’s rafter-reaching vocals still score the victory in a side-by-side comparison.
Check out P!nk’s version of the song:

Before B.o.B and Bruno Mars linked up to perform the song that would serve as a breakout to both, “Nothin’ On You” was originally offered to another Atlantic hip-hop artist, Lupe Fiasco. Apparently the label rejected Fiasco’s version of the track, which made the rapper reach a breaking point. “It was less about the bruised ego but more the audacity of it. It was mentally destructive,” he said in an interview after the song’s release.

Hit-Boy’s bonkers beat on the “Watch The Throne” hit could have been the property of the former Clipse member, but even he doesn’t know if it would have turned out as irresistible as Jay and Ye made it. “I tell people all the time that I don’t know if I would’ve attacked it that way,” he said in a 2011 interview, “which means the record might not have been as special once I got on it.”

Ocean’s record of the year Grammy nominee was originally written for Roc Nation artist Bridget Kelly, but in 2011, Ocean leaked his own demo of the track on his Tumblr page. Fast-forward one year, and the vulnerable slow jam is featured on both Kelly’s “Every Girl” EP (under the title “Thinking About Forever”) and Ocean’s best-selling “Channel Orange” LP. Both versions are worth hearing, but Ocean’s personal cut still lingers with fans, years after that Tumblr post.
Here’s Bridget Kelly’s vesion of the song:

Little Mix admited that they originally co-wrote the track for their upcoming album, but ultimately decided to hand it off because they didn’t feel it was right for them. 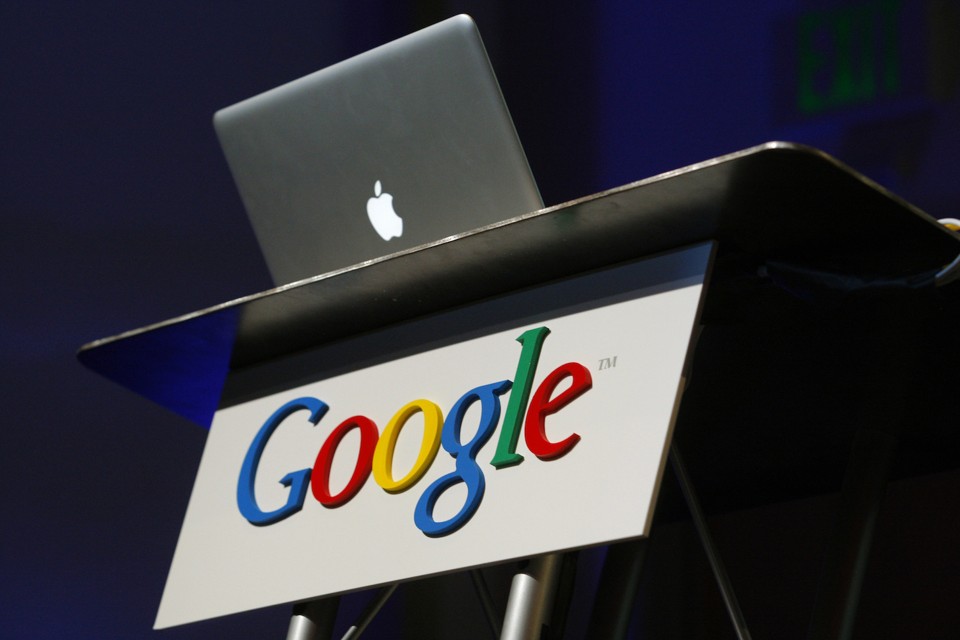 Should Google Always Tell the Truth?

Search-engine architects must decide when their creations should act as a kind of expert and when they should neutrally direct people to what they are seeking. What is Google’s responsibility to its searchers? In a Thursday panel at the Aspen Ideas Festival, Ashkan Soltani, the Federal Trade Commission’s chief technologist, offered a hypothetical that captured why that question is so difficult to answer. Before getting to that hypothetical, let’s assume […]