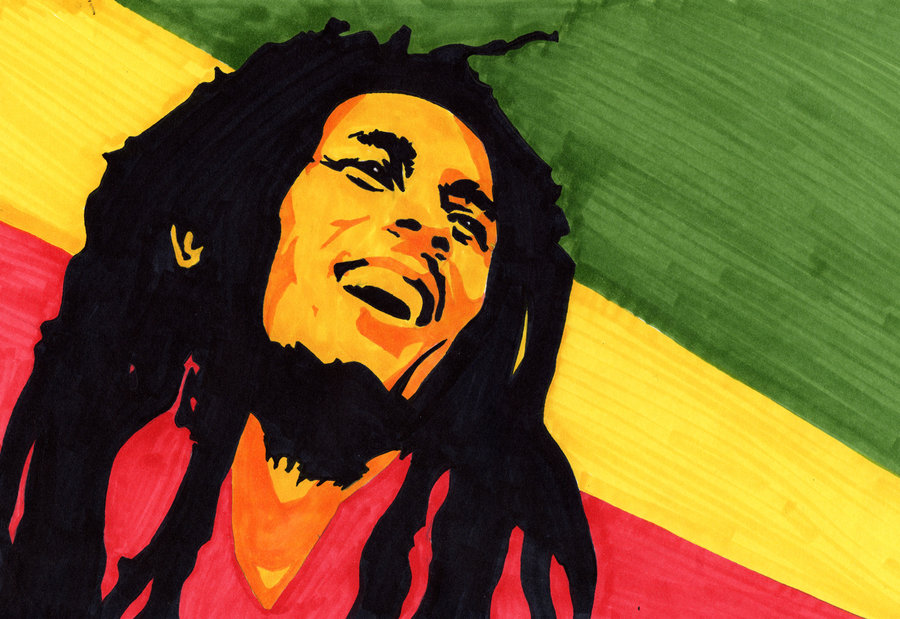 Bob Marley would have been 72 on 6 February and on that day came extraordinary news for fans of the late reggae superstar – 10 water-damaged mastertapes of Wailers live concerts from the 1970s that were found in the damp basement of a run-down hotel in London had been fully restored, against the odds. The process took sound engineer Martin Nichols a year and cost £25,000.

There’s great romance to treasure of this sort being found in odd places, as the BBC knows well. In 2014, 600 lost recordings of Alistair Cooke’s legendary, long-running Radio 4 programme Letter from America were discovered by a dairy farmer in a shed in Warwickshire, stored in a muck-spreader. They’ve been restored and are now available to hear online.

And if stories like that sometimes seem too good to be true, it’s because occasionally they are. In this list of five odd cases of ‘lost’ music being unearthed, two were proved to be untruthful. But the three real ones are just as remarkable.

The internet loves a mystery and this one became an online obsession. It begins simply enough in 2007, with a Canadian vinyl enthusiast, Jon Murphy, finding a privately-pressed album from 1983 – L’Amour by an unknown blond-haired artist called Lewis – in an Edmonton flea market. He shared his discovery with friends also interested in rare records and songs were posted online, piquing the intense interest of outsider music fans and a Seattle-based reissue label, Light in the Attic.

The album, recorded quickly in a pay-as-you-go studio in LA, was gossamer and odd, described by Light in the Attic as “delicate, whispered… reflecting the way the artist himself, spectral and movie star-like, almost disappears into the grey of the cover”. Curiously, it had a sticker on the sleeve with a dedication to a supermodel – “This album contains the hit single Romance for Two, inspired by Christie Brinkley” – and the cover image was credited to Ed Colver, a noted Californian punk rock photographer. Hoping to reissue L’Amour, Light in the Attic’s Matt Sullivan contacted Colver in 2012, who remembered that Lewis was actually called Randall Wulff and he was possibly a con artist. The cheque he’d written for the photos bounced, yet he was driving a white convertible Mercedes. Colver never saw him again.

Sullivan traced Wulff back to Canada and found his nephew, who could only say that he thought his long-lost uncle had been a Wall Street stockbroker. The trail went cold, so with royalties placed in escrow until Wulff – if he was still alive – made himself known, Light in the Attic went ahead and re-released the record in 2014. 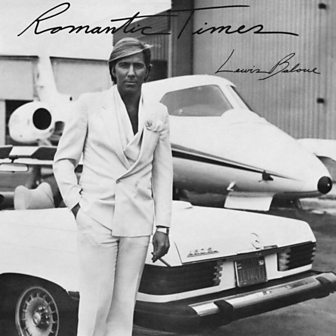 The plot thickened at speed. As the music press was digesting the bizarre story of L’Amour, another Canadian record collector found a second Lewis album – credited to Lewis Baloue and titled Romantic Times – in Vancouver. The cover featured Wulff in a white suit next to his white Mercedes and a private jet, and the music was even more unhinged – “a personal plea, of sorts,” Light in the Attic said. “Something had gone wrong. Nerves were clearly exposed.” Then suddenly, after hunting for more than two years, Wulff was found – in Canada, minding his own business, still making music and with little interest in his past recordings. He refused the $20,000 he was owed in royalties.
2. Gold, guns, Jamie Oliver and the Joy Division tapes

As far as the beginning of a story goes, this from NME in 2012 is hard to beat: “Jamie Oliver finds Joy Division and New Order mastertapes in restaurant basement. The tapes were found alongside guns and gold during an excavation in Manchester.” Within minutes, the story – sourced by NME to the now-defunct gossip site Holy Moly – was picked up by other music mags in Britain and abroad. It had it all – a celeb chef, who was once in a band called Scarlet Division, a whiff of organised crime, two legendary groups and tapes that might, if we were very lucky, contain unheard music.

The problem with the story was that it wasn’t exactly true, but it’s a curious tale nonetheless. The listed building that Jamie Oliver set up his new restaurant in used to be a bank – first a Midland, then an HSBC, after the former merged with the latter in 1992. According to the Daily Mail, when HSBC moved out in 2008, National Heritage prevented the bank from taking the safe deposit boxes in the vault with them, because they were part of the building’s structure. Instead, they removed the contents of the boxes and informed the owners that their goods were being transported elsewhere.

Jamie Oliver definitely didn’t personally discover any alleged haul, reported to be worth over £1 million, as a company spokesperson confirmed: “It was actually removed before we moved in.” And when HSBC were questioned, all they could say was, “We cannot reveal the precise contents, but these are safe deposit boxes – there are bound to be valuables in there.”

Was the entire story made up and the press fooled? Hard to say. There’s certainly been no mention of those Joy Division and New Order tapes since.

Vivaldi’s The Four Seasons is so well-known – perhaps the most famous piece of music of all, along with Beethoven’s 5th symphony – that you might guess that it has been performed continuously since it was written in 1723. Not so. Vivaldi – a fiery, red-headed Italian – was famous and hugely successful in his lifetime, but he died broke in 1741 and his music was forgotten. It would take until 1927 – the height of the jazz age – for a music professor from the University of Turin, Alberto Gentili, to be summoned to a school in the town of San Martino to value a collection of music that was for sale. He examined 97 volumes of sheet music, 14 of which contained works by Vivaldi.

The Four Seasons was not in the collection, nor in another collection that Gentili located soon after, but his great find served to put Vivaldi firmly back on the musical map. His pieces were routinely performed for the first time in almost 200 years and when the LP became the standard format for listening to music in the 1950s, The Four Seasons became a runaway hit – particularly a 1959 recording by Italian group I Musici, which is noted by Norman Lebrecht in his book Maestros, Masterpieces and Madness as selling 10 million copies, the third best-selling classical album of all time. Nigel Kennedy’s 1989 recording with the English Chamber Orchestra was also a smash, selling 2.5 million copies.

So there you go: Vivaldi found fame (for the second time) in the same way that The Beatles and Taylor Swift did – by having a hit album.

4. The anonymous man with a cache of 700 unreleased Thin Lizzy recordings 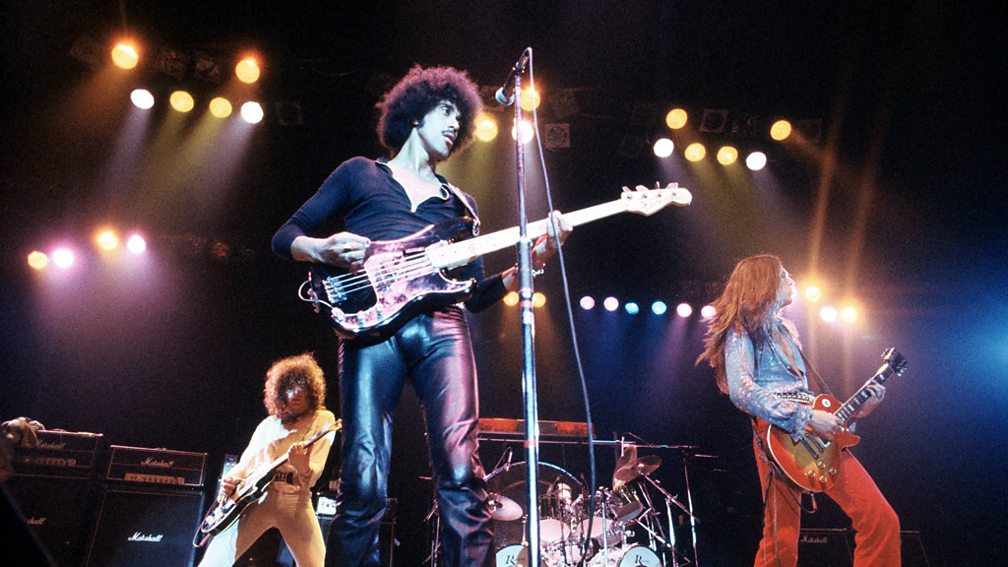 Thin Lizzy fans, you’ve got a friend out there in the shadows and we’ve no idea who he is, except to know that he was a trusted companion of frontman Phil Lynott.

According to the Irish Independent, before he died in 1986, Lynott handed over 150 tapes to a “third party” for safekeeping – a cache of up to 700 songs that were unknown about until 2012 when the mysterious benefactor approached Steve Hammonds of Universal Records, who had project managed a Thin Lizzy At the BBC boxset in 2011. Hammonds believed the carefully curated release of the live recordings had persuaded the nameless man that Universal were “the right people” to handle his archive gold.

“This is an absolutely stunning find,” Hammonds said. “There are out-takes, unheard versions of Thin Lizzy hits and, most exciting of all, material which was recorded but never released at the time.”

A new boxset was scheduled for June 2012, and didn’t emerge. But good news, we reached out to Hammonds and the project is very much still on, with a 2017 release looking like a real possibility.

5. A missing Calvin Harris album that wasn’t missing at all

Perhaps in decades to come, someone will find an antique computer in an usual place stuffed full of unheard songs from a major artist around right now. The stolen or mislaid laptop is the modern equivalent of the lost mastertapes of yore and every time these stories emerge – as happened when two computers and two hard drives were lifted from Skrillex’s Milan hotel room in 2011 – you can’t help but wonder why the artist didn’t back their files up. Or is something else afoot?

In 2008, dance producer Calvin Harris claimed to have lost a bag containing his laptop as he flew from America to the UK. On the machine was his second album, Ready for the Weekend, supposedly ready to be rolled out. “This is not good news for me,” he wrote on his website. “I have been walking in circles for a couple of days.”

But there was more to this saga of an album gone awry. A year later, he told the BBC News programme E24: “My second album was going to be rushed out, but I made up a story that I lost it on a flight and that bought me a year’s worth of time. That was the year that Dance wiv Me [his No.1 single with Dizzee Rascal] came out, so that in itself reminded everyone that I was still alive and still making music.”

Fake news. Sad! But the ruse worked for Harris. When Ready for the Weekend was eventually released in August 2009, it entered the album chart at No.1 and set the Scot up to break America, which he promptly did. 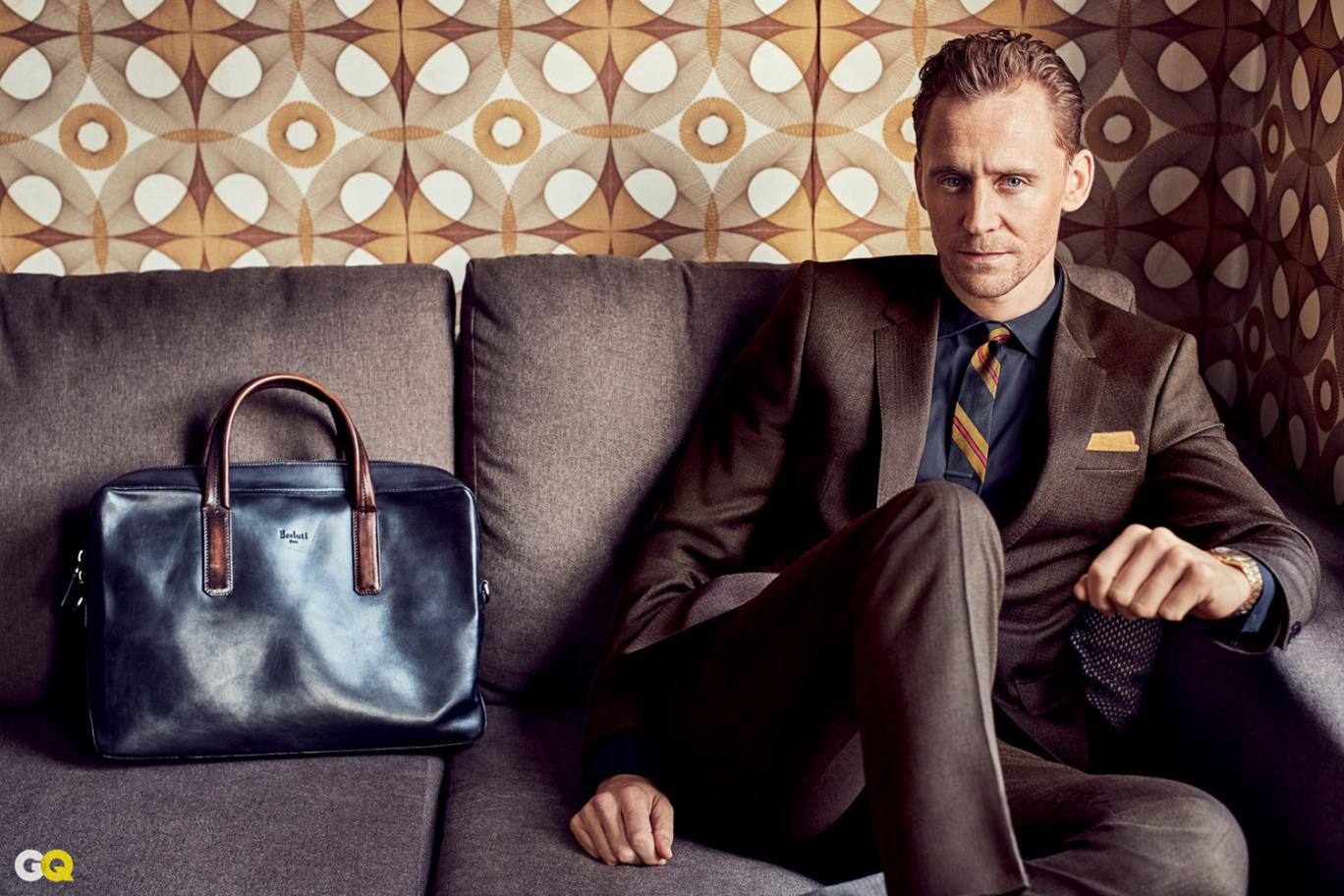 Tom Hiddleston insists Taylor Swift romance was ‘real’ – as he explains that ‘I heart T.S’ top

Tom Hiddleston has opened up about his whirlwind romance with Taylor Swift, insisting it was “real”. Hiddleston and Swift, or Hiddleswift as they collectively became known, enjoyed a three month romance last summer – but the union was questioned by some who deemed it “fake”. Dismissing such claims, Hiddleston told GQ: “Taylor is an amazing woman. She’s generous and kind and lovely, and we had the best time. Of course […]