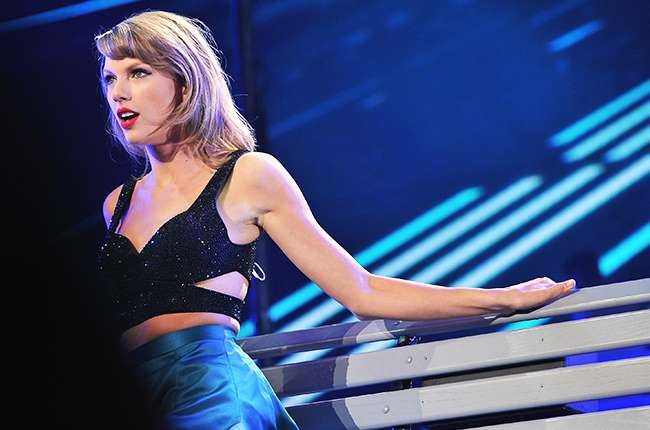 Taylor Swift recently shared three separate videos from Grammy Pro, where she explains the work behind 1989, featuring song-by-song analysis and intel on how the tunes came together.

Check out some of our favorite recent revelations about the tunes — as well as some chart milestones from 1989 so far — below.​

2. Not winning the Grammy for Album of the Year for Red influenced making 1989. “Maybe they’re right,” she explained about taking critics’ critiques about her previous works to heart. “Maybe I need to fix the problem, which is that I have not been making sonically cohesive albums. I need to really think about whether I’m listening to a scared record label, and what that’s doing to the art I’m making.”
3. “‘Blank Space’ is a song I wrote that is like a satire. The media decided that I dated too many people. You’re sitting there at an awards show and you know there’s going to be a joke about you being a serial dater in the monologue and you’re like ‘This is rude. I’m 22.'”
4. “In ‘Out of the Woods,’ the main snare is a combo of white noise [Jack Antonoff] got from blowing out the EMI board, clapping his hands, and, no joke, dropping his gear bag. He mic-d that up on the floor. ”

6. With 1989’s success, Taylor Swift became the only woman other than Whitney Houston to see multiple albums spend at least 10 weeks at the No. 1 spot on the Billboard 200.

7. The unique music of “Clean” comes courtesy of a couple of Imogen Heap’s unique instruments: a mbira (a thumb piano) and “then these things called boomwhackers, which are for the percussion,” Swift explained.
8. The vibe she wanted for “Shake It Off”: “I want it to start off, and the second the song starts I want it to be the song that if it’s played at a wedding and there’s one girl who hasn’t danced all night, all her friends will come over and be like, ‘Come on. You have to dance on this one!'”

‘Godzilla vs. Kong’ Set for 2020 as Warner Bros. and Legendary Unite Monster Franchises

Warner Bros. and Legendary are teaming up on a 2020 movie “Godzilla vs. Kong,” representing the official unification of the two monster franchises. The companies jointly announced Wednesday that the basis for the film would be an “ecosystem” of giant super-species, both classic and new, as the Monarch organization that uncovered Godzilla in the 2014 film expands its mission in multiple releases. The first films in the partnership have already […]