‘Beastie Boys Story’ Review: Pass the Mic, and the Memories 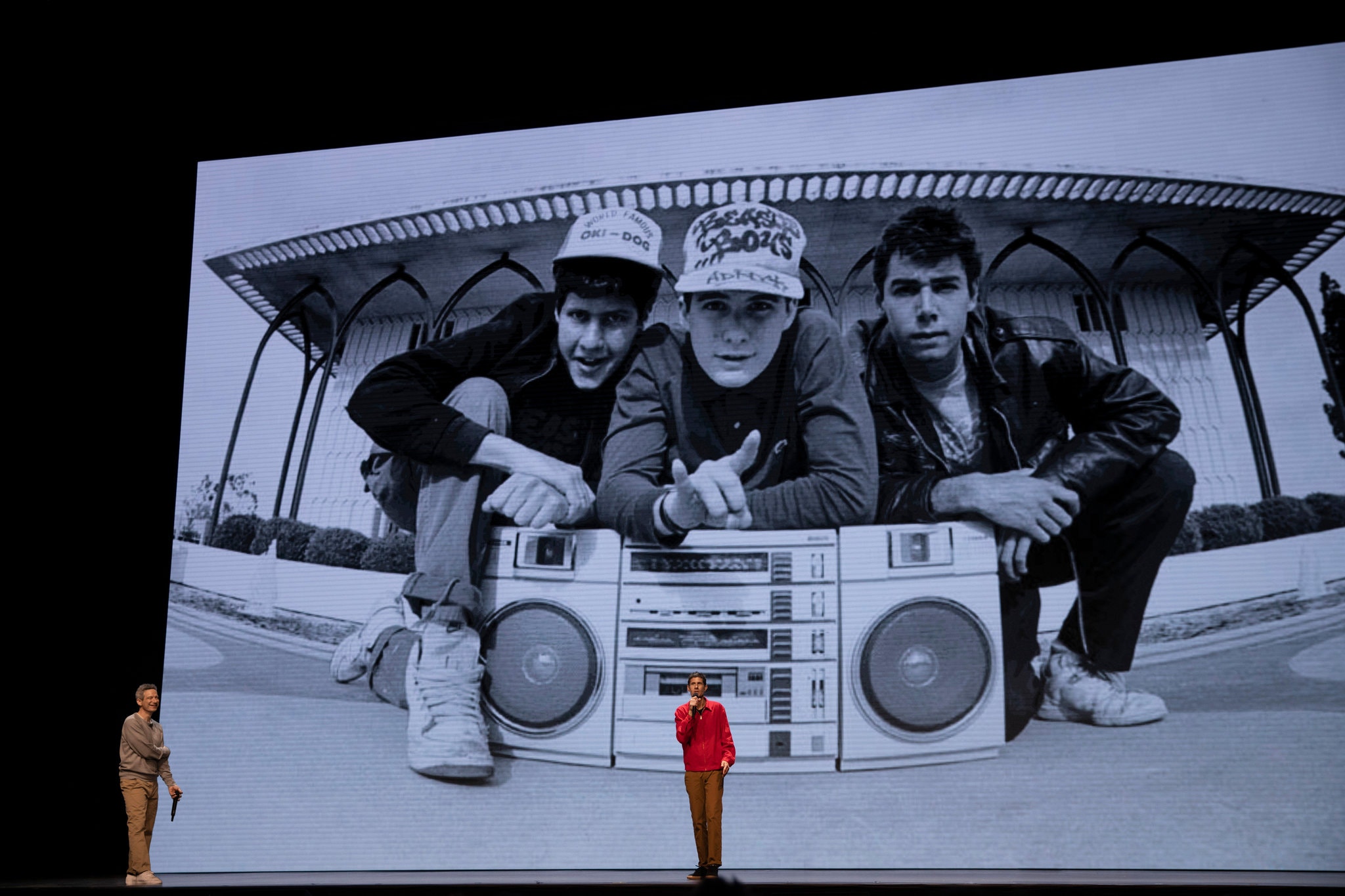 One thing Gen-X kids used to do — other people, too, of course, but I’m talking about something specific — was hang around with friends and listen to records. You might have been skipping school, you might have been smoking weed, but it could just as well have been a Sunday afternoon with a two-liter bottle of soda. Maybe someone had a guitar or a drum kit you could mess around with, and maybe after a while you even started a band, but the main thing was being together, pooling your collective teenage energies against the forces of boredom and responsibility.

Eventually, most of us negotiated a truce or surrendered outright. Not the Beastie Boys. And while there is admiration and affection on the faces of the middle-aged fans flocking to the Kings Theater in Brooklyn in “Beastie Boys Story,” there’s some envy-tinged nostalgia, too. As Adam Horovitz and Michael Diamond, the surviving members of the trio, explain from the theater’s stage — in a live appearance directed and filmed by their pal Spike Jonze — they turned goofing around with friends and musical equipment into a career and a way of life.

All these years later, they still seem kind of amazed by the whole thing. The story they tell — a streamlined version of the narrative put forward in “Beastie Boys Book,” their fat 2018 best seller — is full of fun and also tinged with grief and regret. They did some stupid things along the way, and weren’t always good to their friends, most notably Kate Schellenbach, an original member of the group in the early 1980s (and later the drummer for Luscious Jackson). She was pushed aside when the Beasties teamed up with the producer Rick Rubin and the mogul-in-the-making Russell Simmons and mutated from a punk band into an improbable but hugely successful rap act.

Barely out of their teens, the Beastie Boys — Ad-Rock (Horovitz), Mike D (Diamond) and MCA (Adam Yauch) — found themselves opening for Madonna, touring with Run-DMC and dominating MTV with “(You Gotta) Fight for Your Right (to Party!),” a bit of anti-bro satire that became a bro anthem. Brattiness became their brand, and they found themselves trapped in a collective persona and style of performance that turned impish irreverence into obnoxiousness.

But then they grew up. With their chronicle parceled into chapters interspersed with old photographs and video clips, Horovitz and Diamond read their banter from teleprompters in the back of the theater, and own up to their earlier lapses without going into too much detail. They aren’t much interested in opening old wounds or settling scores, though the air in the theater gets pretty chilly when Rubin and Simmons — who the Beasties feel manipulated and exploited them — are mentioned.

The heart of the story is the second act that began when the Beasties started taking themselves seriously as musicians and took control of their own creativity in the early 1990s. No longer a novelty act, they put out a run of four albums — “Paul’s Boutique,” “Check Your Head,” “Ill Communication” and “Hello Nasty” — that are still fresh, funny, surprising and beautiful.

“Beastie Boys Story” has its own kind of beauty, even if the aesthetic is more dad rock than hip-hop. Horovitz and Diamond are good company — unassuming without false modesty; self-aware without irritating air quotes. They love each other, and they both loved Adam Yauch, who was 47 when he died of cancer in 2012. He was, in his friends’ recollections, the glue that held the Beastie Boys together, their ethical and intellectual guide as well as the one with the deepest sense of humor. His loss is both the film’s emotional anchor and the thread that connects its anecdotes and digressions. It’s a jaunt down memory lane and also a moving and generous elegy. 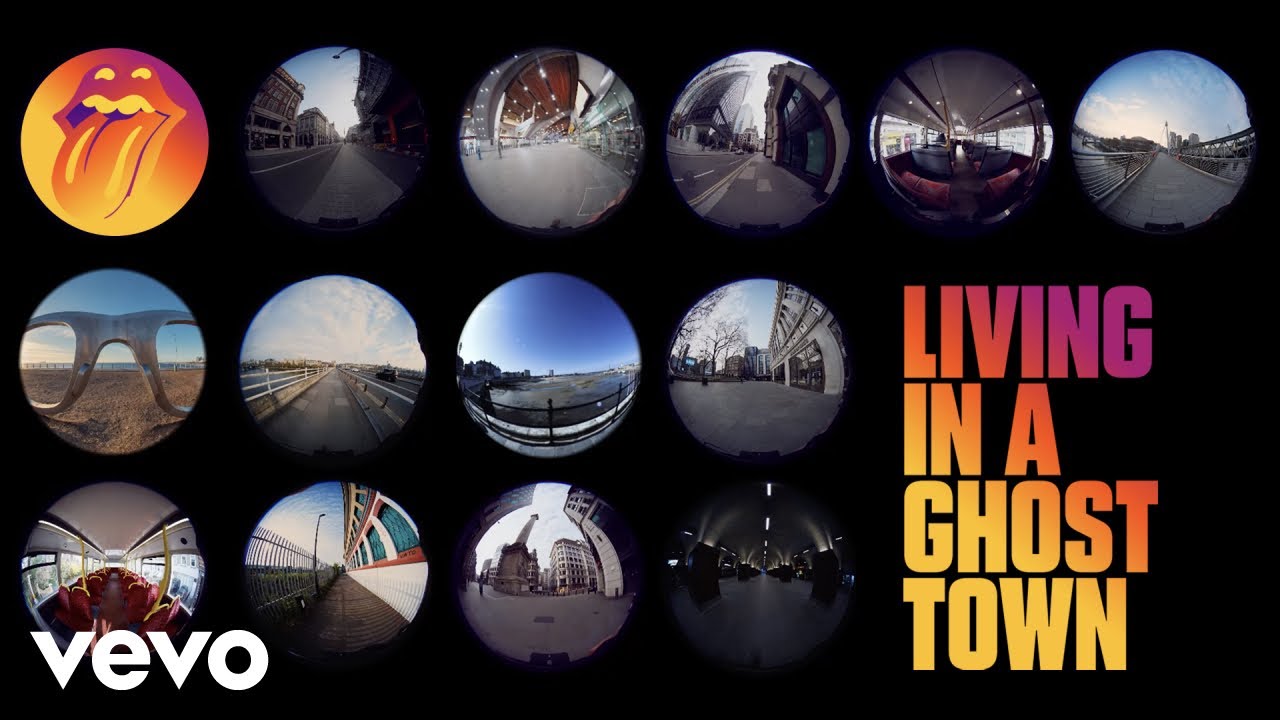 The Rolling Stones have released the brand-new song “Living in a Ghost Town” to tide fans over until they’re able to reschedule the upcoming leg of their No Filter tour. It’s their first original composition since “Doom and Gloom” and “One More Shot” came out on their 2012 compilation album GRRR!, although they did put out the blues cover collection Blues & Lonesome in 2016. In a new interview with […]