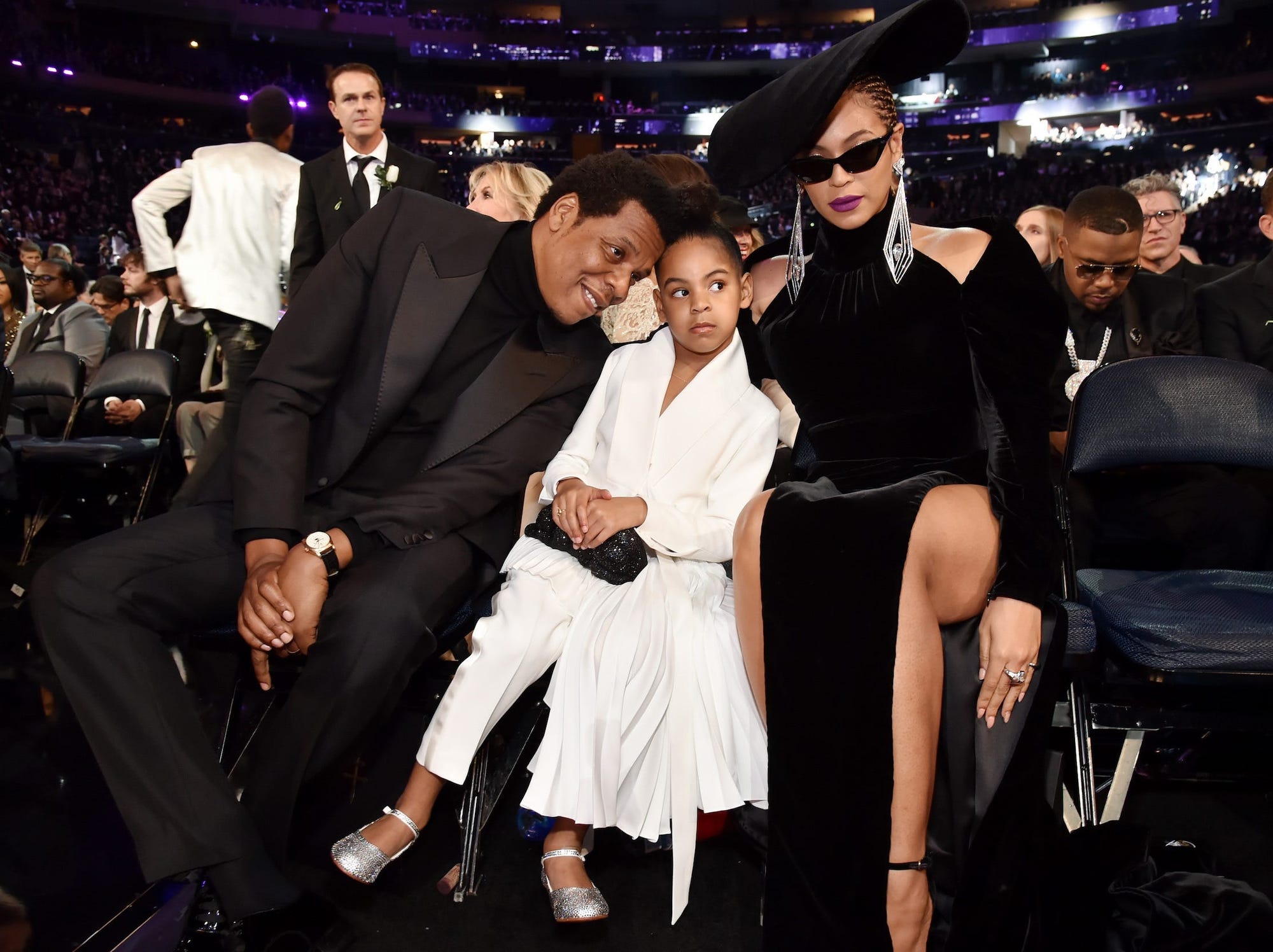 Beyoncé and Jay-Z shared a rare family portrait with the public, which showcased how quickly all of their children are growing up.

The duo and their three children, 9-year-old Blue Ivy and 3-year-old twins Rumi and Sir Carter, all wore matching black-and-white ensembles for the photo, snapped by the “Formation” singer’s longtime hairstylist Neal Farinah.

Their eldest daughter posed in a pair of boots and reached her mother’s shoulders as the “Halo” singer stood tall in heels.

Notably, Blue Ivy’s younger siblings were also standing hand in hand for the photo, as opposed to being carried in either parent’s arms, which is how they’ve usually been photographed.

It’s been a while since the Carter family has been photographed together. On January 1, 2020, Beyoncé celebrated New Year’s Day on Instagram with a compilation video that included a photo of her with her family at the very end.

Beyoncé did share a batch of family photos more recently on March 31, but the whole family was not pictured together in any of the images.

Jay-Z was missing completely, and each photo focused on only one kid.

The post also did not show the faces of either twin.

Jay-Z recently opened up to The Times about parenting with Beyoncé, saying they did not want to force a music empire onto their children.

The couple, who have been married since April 2008, believe they are “just guides” as parents, he said, adding that they want to make sure they are “very attentive” to what their children are genuinely interested in.

“What if my child doesn’t want to be in music or sports? I have no idea, right? But as long as your child feels supported, and feels loved, I think anything is possible,” he told the publication.

Long Boi the duck certainly is long, but he may not be the longest boi. On Thursday a photo of a duck that lives near University of York in England — and dubbed Long Boi by some adoring students — went viral after a tweet claimed that he was “The tallest mallard duck to have ever lived (since records began).” Δείτε αυτή τη δημοσίευση στο Instagram. Η δημοσίευση κοινοποιήθηκε από […]