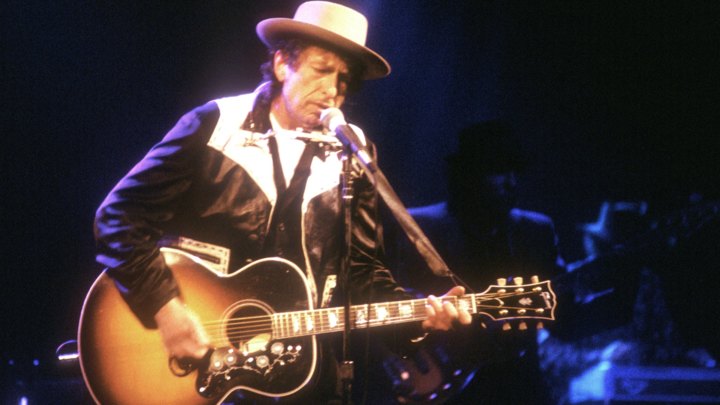 Newly-minted Nobel laureate Bob Dylan kept cool as a cucumber on stage in Las Vegas, barely speaking a word to the audience in his first public performance since winning the coveted prize.

As the audience chanted for more songs on Thursday night, Dylan gave just a brief encore, ending his set with a mournful yet playful cover of Frank Sinatra’s Why Try To Change Me Now.

Dylan hurtled to prominence when his songs – especially The Times They Are A-Changin’ – became anthemic for the 1960s, encapsulating the atmosphere of protest and change that surrounded the civil rights movement as well as the campaign to end the war in Vietnam. Over the span of his 50-year career he has sold over 100m records, and was even given a special citation by the Pulitzer Prize committee in 2008.

He is the first musician ever to win the Nobel Prize in literature, and the first American to pick up the prize since novelist Toni Morrison, author of the novels Jazz, Song of Solomon, and Beloved, who won in 1993.

Not everyone welcomed the move. Lebanese novelist Rabih Alameddine tweetedthat “Bob Dylan winning a Nobel in Literature is like Mrs Fields being awarded 3 Michelin stars,” adding: “This is almost as silly as Winston Churchill,” referring to the literature award given to Britain’s wartime prime minister in 1953.

“Basically, If I wanted to give a Nobel Prize in Literature to a poet, I’d give it to a poet,” Alameddine added later. “And I do think Dylan is a wonderful songwriter.”

Outside The Chelsea theatre housed in the labyrinthine Cosmopolitan casino inLas Vegas, Dylan fans lined up to see their Nobel-winning hero sing.

Corey Wright, a Las Vegas resident originally from Orville, California, has been a fan of Dylan’s since 1965, but was seeing him live for the first time on Thursday. “He was not the typical rock and roll [singer],” Wright said. “The message he gives in the songs, the young people related to it, especially with the Vietnam war.”

Wright was drafted to fight in Vietnam, he said, but was given a deferment. “Dylan had a real rapport with the youth,” he said. His songs still resonate with Wright; he listens to them, he said, every day.

“Have you heard Memphis Blues? When you listen to it -” he paused, drifting back down memory lane. “But then, we were taking psychedelics,” he added dreamily. “But I still think that song is beautiful to me.”

Richard Iozia, a retiree and Vegas native who was seeing Dylan live for the fifth time, said he had been a fan of Dylan for 55 years. “He was the voice of the ‘60s,” Iozia said. The first song he heard was John Birch Society Blues, on a Los Angeles FM radio station. It felt “liberating”, Iozia said.

Of Dylan’s winning of the Nobel Prize, Iozia said he was “not surprised.”

“He’s one of the great poets of our time,” he said.

Maria Stafford, a novelist, said that she only came to be a fan of Dylan’s recently. “But I came to know him as a lyricist, what he has contributed to writing,” she said.

Stafford, a writer of prose, said that it was “high time” a singer/songwriter won the Nobel prize for literature. “These awards can have an elitist quality,” she said.

Ron Morgan, from Benton, Kentucky, first heard Dylan in 1961, but couldn’t remember much more detail than that. “I was drunk,” he told the Guardian. Asked what Dylan’s music means to him today, he laughed. “It takes me back to 1961,” he said.

“Besides,” he added. “You don’t get to hear a Nobel prize winner [sing] very often.” 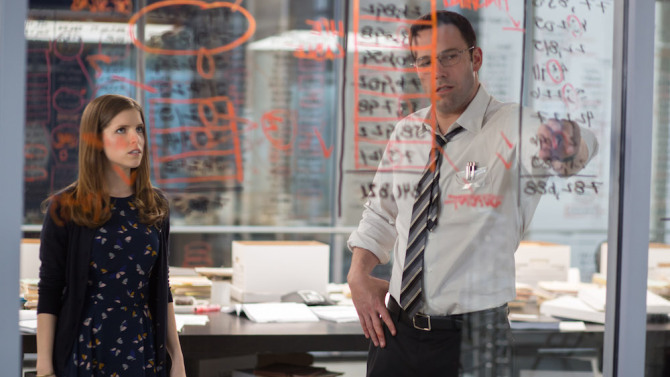 While audiences wait for Ben Affleck's Batman movie, this unusual thriller is just comic-book-like enough to tide them over. Say what you will about Ben Affleck as Batman, or Jack Ryan, or any number of other action heroes that have seemed to be a stretch for the boy-next-door star, but Affleck is a terrific fit for “The Accountant,” in which he plays an autistic assassin. Though his choice in material […]