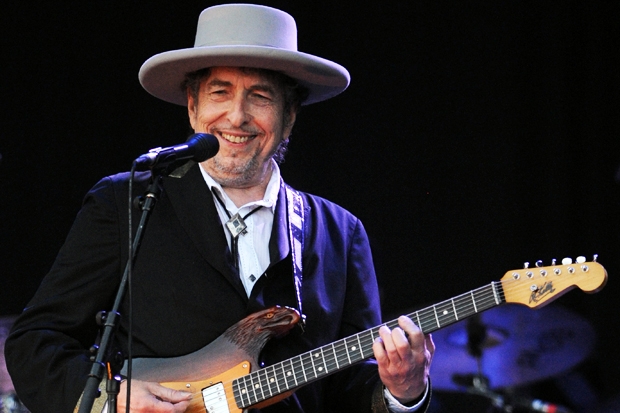 Among the world’s exclusive concert tickets, this might be the ultimate. A show by rock legend Bob Dylan, with an audience of just one person.

Dylan and his band on Sunday afternoon performed at Philadelphia’s Academy of Music to just one lucky fan: Swedish television personality Fredrik Wikingsson, who is working on a film series about how solitary individuals experience events designed for large crowds.

Wikingsson, a self-described huge fan of Dylan, had persisted for a long time to arrange the concert. He told Rolling Stone magazine that he was so nervous before the show that he could not eat.

“I was smiling so much it was like I was on ecstasy,” Wikingsson was quoted as saying. “My jaw hurt for hours afterwards because I couldn’t stop smiling.”

Dylan, who maintains an active touring schedule at age 73, later on Sunday played a more customary concert in Philadelphia. But the private show was atypical for Dylan, who performed covers of rock ‘n’ roll pioneers including Buddy Holly’s Heartbeat and Fats Domino’s Blueberry Hill, the magazine said.

Wikingsson, who confirmed the concert on Twitter, plans to turn the experience into a 15-minute documentary to be released next month on YouTube.

A Facebook page for the Swedish project – called Experiment Ensam, meaning Experiment Alone – will examine Wikingsson’s response to seeing Dylan without the crowds.

“Will there be total euphoria or an emptiness that he cannot share the experience with someone?” it asked.

Wikingsson told Rolling Stone that he did not go to Dylan’s public concert, saying it would be “weird” and that “nothing could top” his private show.

Instead Wikingsson spent the evening at a karaoke bar. He selected Dylan songs – and sang with a crowd.

If Pop Stars Were Birds, These Are The Birds They’d Be