Chris Martin promised it was a one-time-only performance

Coldplay performed a concert in Miami on Monday night, but their thoughts were with those in Houston. In tribute to those suffering from the devastation caused by Hurricane Harvey, the band wrote and performed a new country song that frontman Chris Martin promised would never be performed again.

“This is because we all grew up loving country music, and of course that’s kind of what we think of when we go to Texas,” Martin said at the Hard Rock Stadium. “So, if you’ll bear with us, this is a new song and we’ll never play this again. It’s a one-off and this is called ‘Houston.’ We’re gonna sing it in Miami for everybody here, and we’re gonna send it over there to everyone who missed the show.”

The crowd clapped along as Martin strummed on his guitar and sang the chorus of, “From Miami, we are sending love to Houston / We are praying that you make it through the rain / I know nothing’s gonna break the will of Houston / Oh, how we can’t wait to go down there again.”

Coldplay postponed their concert stop in Houston due to the hurricane. “We really wanted to play tonight, but sitting here all together watching the news about the storm we feel that we can’t ask anyone to put their safety at risk. So, sadly, we will have to postpone,” a statement on Facebook read.

The band noted they’ll announce more information about rescheduling and refunding soon, so maybe there’s a chance Coldplay will perform “Houston” one more time in the city it’s for.

Watch the tribute song above. 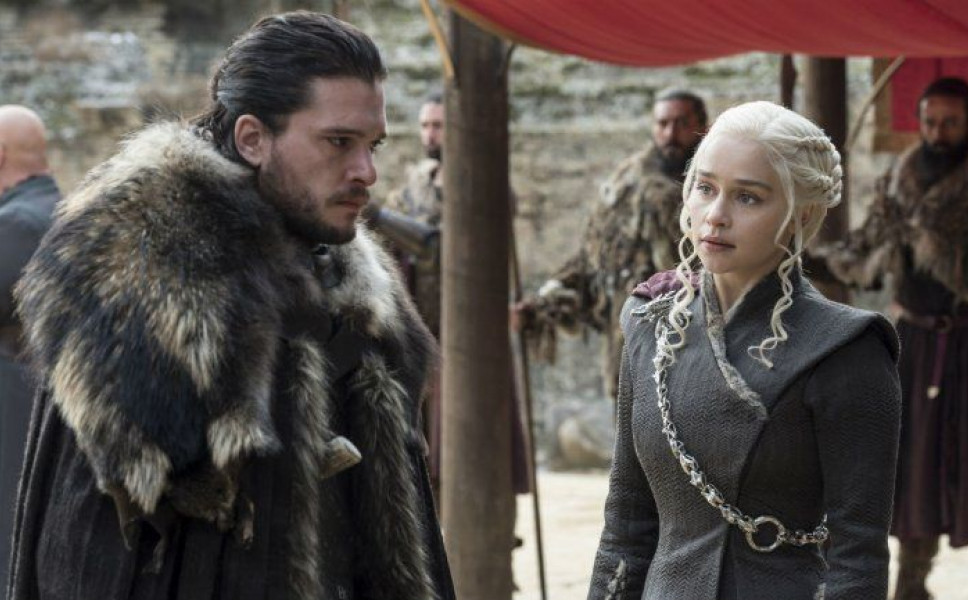 Why Is Jon Snow the Next in Line?

A brief history of the Dragonpit via Giphy Just when you thought you’d seen most of King’s Landing, we finally visited one of its grandest locations — the Dragonpit. It’s a rather significant place to hold the parley, given its history. It is where dragons were both housed and slaughtered, facts which might make it appeal to both sides in the current conflict. “It must have been the most dangerous […]