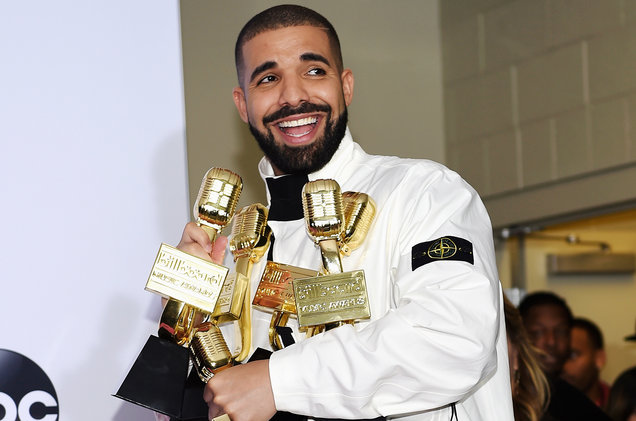 Drake was one of the big winners of the Billboard Music Awards this year, taking home thirteen trophies, including those for Top Male Artist and Top Billboard 200 Album, and ultimately breaking the record for the most Billboard awards won in a single year (12, previously held by Adele). The singer gave several light-hearted speeches that saluted Vanessa Hudgens and Ludacris (the evening’s hosts), his fans, his Young Money family, and his biological one (his father was on hand in a purple suit), and even performed a show-stopping rendition of “Gylachester,” off of his new album, More Life, amidst the Fountains of Bellagio on the Vegas strip, surrounded by aquatic effects and perfectly timed pyrotechnics. But it was after the show had concluded that the real fireworks went off—backstage, you see, is where Drake met Celine:

Dion had just concluded a pretty big night herself, bringing the house down with her nostalgic tribute to Titanic,” that evocative classic that every ’90s kid holds close to their hearts—and Drake, as we well know, is nothing if not a child of the ’90s. In a quick clip that began making the rounds in the wee hours of Monday morning, the two Canadian singers were snapped clasping hands. “You’re very iconic, we love you—I’m like a year away from a Celine tat,” Drake said, drawing a rough approximation of where it might go on the left side of his rib cage with his hands. “Oh, I don’t know,” Dion says in the video, deflecting the attention to her son, René-Charles Angelil. But for what it’s worth? Drake could do way worse than a Celine Dion tattoo—in that particular region, might we suggest something to the tune of “My Heart Will Go On?” 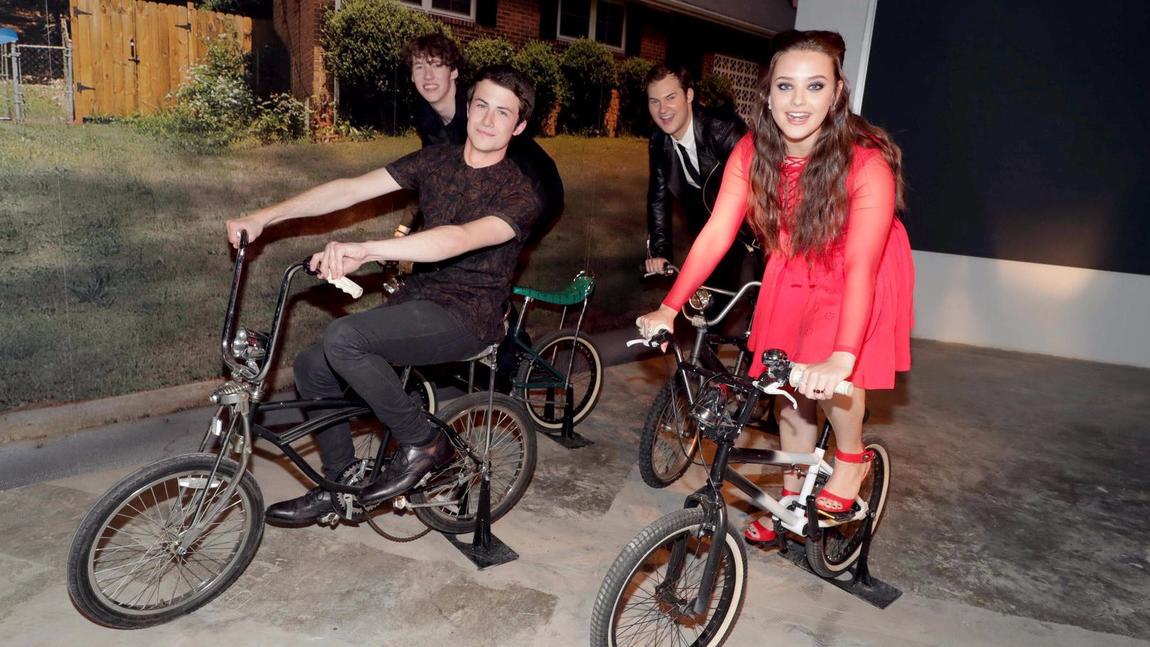 Netflix and Amazon redefine Emmy campaigning: Now you need to give voters an experience

Navigating through the maze of rooms and displays at Netflix’s massive new Emmy campaigning space in Beverly Hills — Look! The bikes from “Stranger Things”! Tituss Burgess’ wardrobe closet from “Unbreakable Kimmy Schmidt”! — “Orange Is the New Black” actress Taryn Manning finally arrived at her own show’s exhibit, which included a wall adorned with (what else?) navel oranges. “I’m going to have to remember all this next time I […]