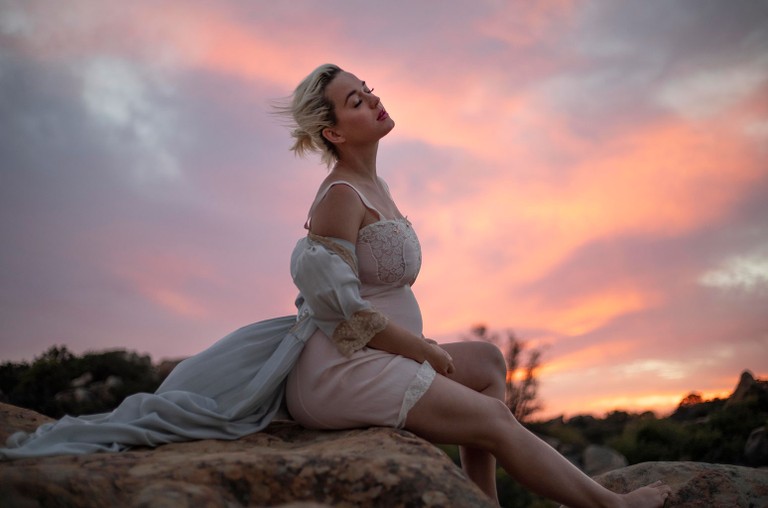 Katy Perry stopped by a Connecticut radio station (virtually, of course) on Monday (June 22) to dish about a new song off her upcoming fifth studio album.

Speaking about life in quarantine, the pop star opened up about her decision to release the project in the middle of a pandemic. “I was gonna put a record out in June, I pushed it a little bit,” she told KC1010’s Adam Rivers. “There was conversation about not putting it out this year. I was like, ‘We need some songs to dance through our tears through.’

With that, Perry then revealed the title of one of the as-yet-unheard tracks on the new studio set. “I mean, there is one song on the record called ‘Teary Eyed,'” she revealed, “and it’s really about just dancing through your tears. And I’m like, ‘Wow that really resonates. That slaps, that hits hard for me right now.’ So I’m excited for it. I’m excited for all of it.”

During the chat, the superstar also broke down her simplistic approach to shooting the video for lead single “Daisies.” “That was the only option,” she said with a laugh. “It was like, ‘Do you want to put out a visual while putting out the song or not?’ ‘Cause of course I didn’t plan for it to be that naturalistic and that raw. And I guess it’s a blessing in disguise. I think I’ll look back at it in 10 years and go, ‘Oh I gave myself a little gift to let my guard down and kind of be vulnerable and naturalistic, ’cause I’m not that — I love  glam, I love more is more. I’m a crow, I’m attracted to the shiny objects and the big things, you know?”

Whether “Teary Eyed” turns out to be a single or an album cut, the track will follow KP5‘s “Daisies,” which Perry unveiled back in May following a series of standalone singles throughout 2019 and early 2020 including “Never Really Over,” “Small Talk,” “Harleys in Hawaii” and “Never Worn White.” Though she has yet to reveal the title, the pregnant pop star’s fifth LP is set to be released August 14 via Capitol Records.

Watch Perry talk about the inspiration behind “Teary Eyed,” as well as the lessons she’s learned during her time in quarantine, below.