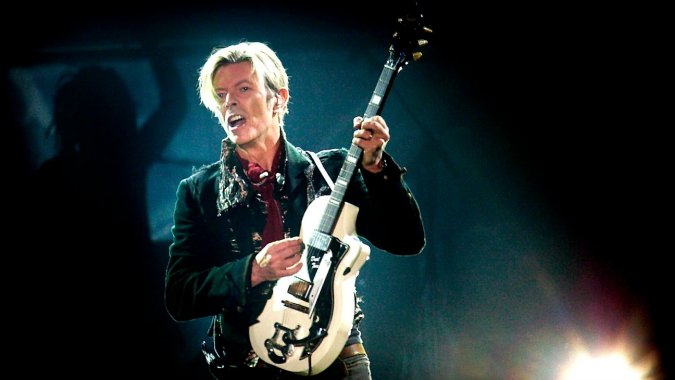 David Bowie died Sunday after a battle with cancer, his rep confirmed to The Hollywood Reporter. He was 69.

“David Bowie died peacefully today surrounded by his family after a courageous 18-month battle with cancer. While many of you will share in this loss, we ask that you respect the family’s privacy during their time of grief,” read a statement posted on the artist’s official social media accounts.

The influential singer-songwriter and producer excelled at glam rock, art rock, soul, hard rock, dance pop, punk and electronica during his eclectic 40-plus-year career. He just released his 25th album, Blackstar, Jan. 8, which was his birthday.

Bowie’s artistic breakthrough came with 1972’s The Rise and Fall of Ziggy Stardust and theSpiders From Mars, an album that fostered the notion of rock star as space alien. Fusing British mod with Japanese kabuki styles and rock with theater, Bowie created the flamboyant, androgynous alter ego Ziggy Stardust.

Three years later, Bowie achieved his first major American crossover success with the No. 1 single “Fame” off the top 10 album Young Americans, then followed with the 1976 avant-garde art rock LP Station to Station, which made it to No. 3 on the charts and featured top 10 hit “Golden Years.”

With his different-colored eyes (the result of a schoolyard fight) and needlelike frame, Bowie was a natural to segue from music into curious movie roles, and he starred as an alien seeking help for his dying planet in Nicolas Roeg’s surreal The Man Who Fell to Earth (1976). Critics later applauded his three-month Broadway stint as the misshapen lead in 1980’s The Elephant Man.

Bowie also starred in Marlene Dietrich’s last film, Just a Gigolo (1978), portrayed a World War II prisoner of war in Merry Christmas Mr. Lawrence (1983), and played Pontius Pilate in Martin Scorsese’s The Last Temptation of Christ (1988). He also starred opposite Jennifer Connelly as Jareth the Goblin King in the 1986 cult favorite Labyrinth, directed by Jim Henson. And in another groundbreaking move, Bowie, who always embraced technology, became the first rock star to morph into an Internet Service Provider with the launch in September 1998 of BowieNet.

Born David Jones in London on Jan. 8, 1947, Bowie changed his name in 1966 after The Monkees’ Davy Jones achieved stardom. He played saxophone and started a mime company, and after stints in several bands, he signed with Mercury Records, which in 1969 released his album Man of Words/Man of Music. That featured “Space Oddity,” his poignant song about an astronaut, Major Tom, spiraling out of control.

In an attempt to stir interest in Ziggy Stardust, Bowie revealed in a January 1972 magazine interview that he was gay — though that might have been a publicity stunt — dyed his hair orange and began wearing women’s garb. The album became a sensation.

Wrote rock critic Robert Christgau: “This is audacious stuff right down to the stubborn wispiness of its sound, and Bowie’s actorly intonations add humor and shades of meaning to the words, which are often witty and rarely precious, offering an unusually candid and detailed vantage on the rock star’s world.”

Bowie changed gears in 1975. Becoming obsessed with the dance/funk sounds of Philadelphia, his self-proclaimed “plastic soul”-infused Young Americans peaked at No. 9 with the single “Fame,” which he co-wrote with John Lennon and guitarist Carlos Alomar.

After the soulful but colder Station to Station, Bowie again confounded expectations after settling in Germany by recording the atmospheric 1977 album Low, the first of his “Berlin Trilogy” collaborations with Brian Eno.

In 1980, Bowie brought out Scary Monsters, which cast a nod to the Major Tom character from “Space Oddity” with the sequel “Ashes to Ashes.” He followed with Tonight in 1984 and Never Let Me Down in 1987 and collaborations with Queen, Mick Jagger, Tina Turner, The Pat Metheny Group and others. He formed the quartet Tin Machine, but the band didn’t garner much critical acclaim or commercial success with two albums.

Bowie returned to a solo career with 1993’s Black Tie White Noise, which saw him return to work with his Spiders From Mars guitarist Mick Ronson, then recorded 1995’s Outside with Eno and toured with Nine Inch Nails as his opening act. He returned to the studio in 1996 to record the techno-influenced Earthling. Two more albums, 1999’s ‘Hours…’ and 2002’s Heathen, followed.

Bowie also produced albums for, among others, Lou Reed, Iggy Pop and The Stooges and Mott the Hoople, for which he wrote the song “All the Young Dudes.” He earned a lifetime achievement Grammy Award in 2006 but never performed onstage again.

Bowie was relatively quiet between the years of 2004 and 2012, re-emerging in 2013 with the album The Next Day. Its arrival was met with a social media firestorm, which catapulted it to No. 2 on the Billboard 200, his highest-charting album.

While demand for a tour by the reclusive rock star has been relentless, Bowie kept a decidedly low profile, maintaining a residence in New York but rarely seen.

In December, Bowie opened the rock musical Lazarus in New York City, in which he revisits the character he played in The Man Who Fell to Earth. The project — directed by Ivo van Hove and starring Michael C. Hall — was initiated by Bowie, who long nurtured the idea of a return to the character he played onscreen in the Roeg film based on American writer Walter Tevis’ 1963 sci-fi novel.

A video for the song “Lazarus,” which is included on the album Blackstar, was released on Jan. 7.

Survivors include his wife, the model Iman, whom he married in 1992; his son, director Duncan Jones; and daughter Alexandria. 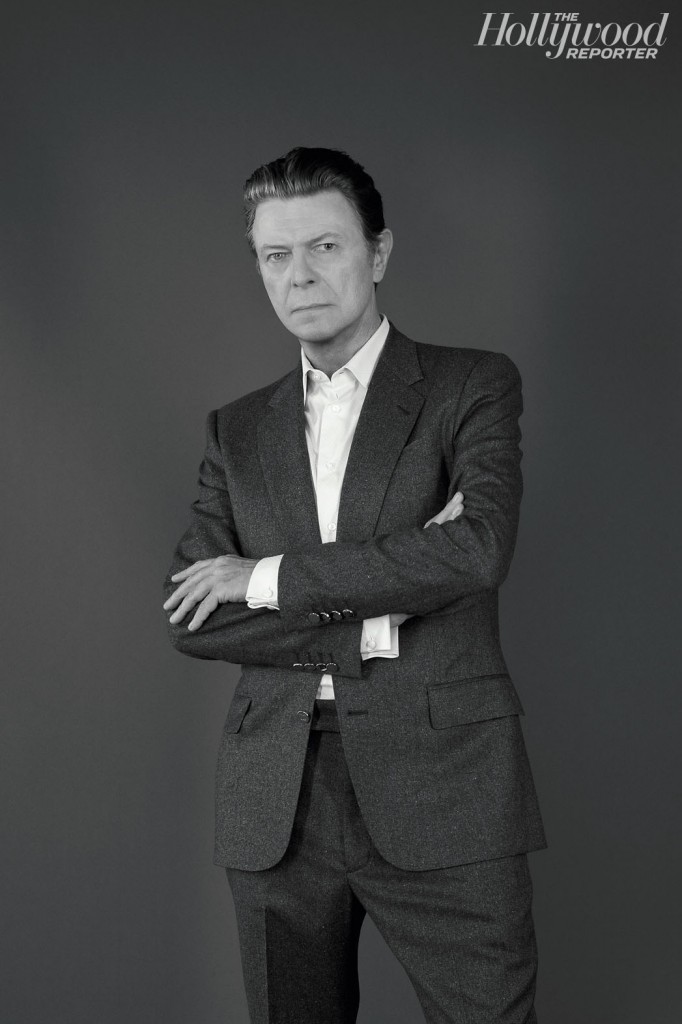 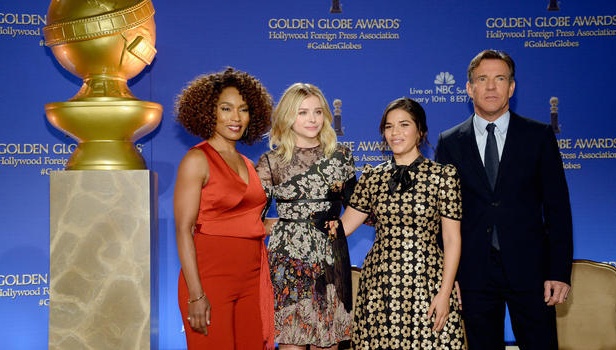 The Hollywood Foreign Press Association woke up dark and early Thursday morning to reveal the nominees for the 73rd annual Golden Globe Awards. America Ferrera, Dennis Quaid, Angela Bassett and Chloe Grace Moretz were on hand to announce the films, television series and actors set to compete — and the movie race saw a clear advantage for Todd Haynes' Carol. It leads all projects, film or television, with five nominations. The […]