Idianapolis Colts owner Jim Irsay offered the winning bid of $2.2 million on Friday for the iconic Ludwig drum set that Ringo Starr played on 180 of the Beatles’ studio recordings and more than 200 of their live performances at an auction to benefit the Lotus Foundation started by Starr and his wife, actress Barbara Bach.

Overall the auction brought in nearly $10 million according to a spokeswoman for Julien’s Auctions in Beverly Hills.

See the most-read stories in Entertainment this hour >>

Irsay is a well-known rock music aficionado and collector. The gavel price on the drum kit was $1.75 million, and auction commissions and other fees upped the final sale price to $2.2 million. In February, Irsay paid $335,000 to buy an early Gibson Les Paul instrument, after having paid just over $1 million in 2013 for the Fender Stratocaster Bob Dylan played at the Newport Folk Festival in 1965, when he famously “went electric.”

The sale price for Starr’s kit far exceeded the pre-auction estimate of $300,000 to $500,000 and makes it the most expensive drum set ever sold at auction.

Perhaps the second most-anticipated items in the auction was Starr’s personal copy of the Beatles’ 1968 double album, “The Beatles,” also known as “The White Album,” which carries the serial number 0000001.

The pre-auction estimate on the album, which Starr had kept in a bank vault for 35 years, was $40,000 to $60,000, but robust bidding led to a sale price of $790,000, more than doubling the previous record auction price for a recording of $300,000, which musician Jack White spent in January purchasing Elvis Presley’s original 1954 demo recording of the song “My Happiness.” 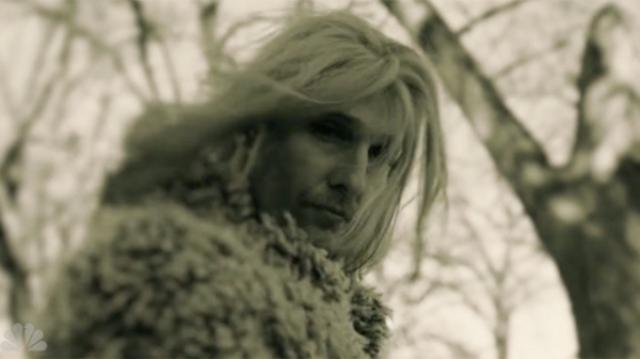 It’s a song that has generated the most spoofs, and now ‘SNL’ and Matthew McConaughey have joined the fun with a hilarious rendition of Adele’s ‘Hello’ music video. Click to WATCH! If being spoofed is the highest order of flattery, Adele, 27, must feel honored! The singer’s hit “Hello” was the target for the SNL cast on the Nov. 21 episode, and even featured a outrageous cameo from Matthew McConaughey, […]