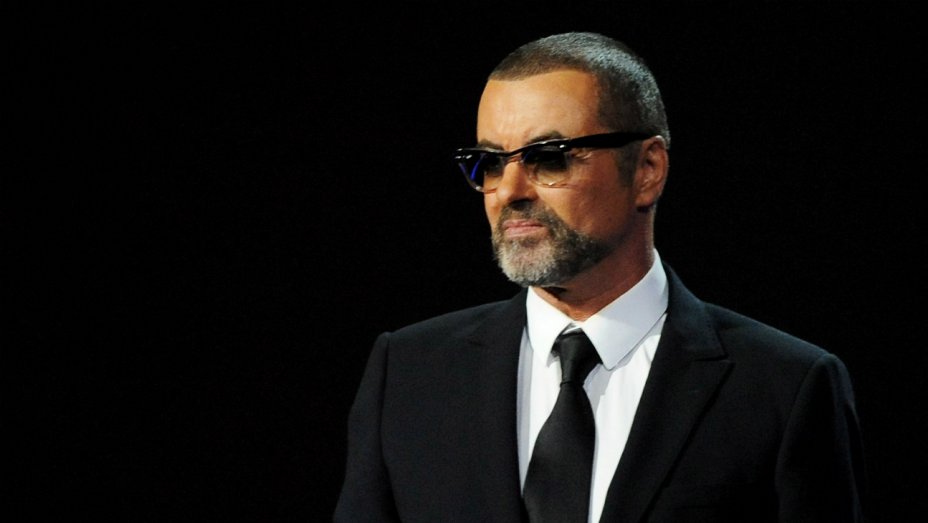 The English singer, songwriter and record producer who rose to fame with the group Wham! in the 1980s was found Christmas morning, says Lippman.

“It is with great sadness that we can confirm our beloved son, brother and friend George passed away peacefully at home over the Christmas period,” his rep said in a statement to the BBC. “The family would ask that their privacy be respected at this difficult and emotional time. There will be no further comment at this stage.”

“I’m devastated,” Lippman said Sunday. The manager received a call on Christmas morning notifying him that Michael had been found “in bed, lying peacefully.” The exact time of death is not clear at this time, but there was “no foul play whatsoever,” said Lippman.

The death by heart failure was unexpected, he added. Funeral plans will be announced shortly.

Michael gained success in the 1980s with Wham!, the duo created with his friend Andrew Ridgeley. Both as a solo artist and with Wham!, Michael collected 10 No. 1 singles on the Billboard Hot 100 chart, including “Faith,” “Father Figure,” “One More Try” and “Careless Whisper.” The latter cut was credited to Wham! featuring Michael, while Wham! notched two more No. 1 hits: “Wake Me Up Before You Go-Go” and “Everything She Wants.” Over on the Billboard 200 albums chart, Wham! claimed a No. 1 with its breakthrough album Make It Big(spending three weeks at No. 1 in 1985), while Michael led the list as a soloist with Faith, spending 12 weeks in the top spot in 1988. He has sold more than 115 million records globally, according to Sony Music.

Born Georgios Kyriacos Panayiotou in London on June 25, 1963, Michael showed his musical aspirations early on while attending schools in the towns of Bushey and Kingsbury in the United Kingdom. It was at the former where he would meet future Wham! partner Ridgeley. The two would form a ska band called The Executive, which featured Ridgeley and his brother Paul, though it was short-lived. Michael also spent time busking on the London Underground, where he performed songs by Elton John, David Bowie and The Beatles.

Michael and Ridgeley formed Wham! in 1981 and released their debut album, Fantastic, in July 1983, which quickly shot up to the top of the British charts. The 1982 single “Young Guns” was a Top 5 hit that made its way across the pond to the United States, but the band’s debut only reached No. 83 on the Billboard 200 chart that year.

That all changed with follow-up album Make It Big, which was released Oct. 23, 1984. It reached No. 1 in the U.S., U.K., Japan and multiple territories with lead track “Wake Me Up Before You Go-Go” sitting at the top spot on the U.S. Hot 100 chart for three weeks. That album also included the singles “Freedom,” “Everything She Wants” and the ballad “Careless Whisper,” a quantifiable smash that reached No. 1 in the U.S. and stayed there for three weeks.

Other major Wham! feats include a history-making tour of China in 1985, marking the first time a Western act performed in the country. Wham! officially split in 1986, releasing a farewell single, “Edge of Heaven.”

Michael’s solo endeavors extended beyond Wham! to include an appearance on the all-star charity single “Do They Know It’s Christmas?” in 1984 and a duet with Aretha Franklin, “I Knew You Were Waiting,” in 1987, which won a Grammy Award in 1988 for Best R&B Performance — Duo or Group with Vocal. But it was his first solo album, Faith, released in 1987, which catapulted him to a virtually unprecedented level of fame.

Beginning with racy first single “I Want Your Sex,” which was banned by some radio stations due to its sexually suggestive lyrics (American Top 40 host Casey Kasem would not say the song’s name on the air) and its video relegated to late-night plays on MTV, but still shot to No. 2 on the Billboard Hot 100, Faith’s title track would lock in what would later become one of the best-selling albums of all time. (Billboard estimates George Michael has sold 20.7 million albums in the U.S. over the course of his career — combining both his solo work and that of Wham! That number blends Recording Industry Association of America [RIAA] sales certification data through early 1991 and Nielsen Music’s electronically tracked point-of-sale information from 1991 to present.)

Followed by singles “Faith,” “Father Figure,” “One More Try,” “Monkey” and “Kissing a Fool,” Faithspent 51 non-consecutive weeks in the Top 10 of the Billboard 200, eventually selling more than 10 million copies in the U.S., according to the RIAA, and winning the Grammy for Album of the Year in 1989. That year, Michael was also honored by MTV at the MTV Video Music Awards, where he received the Video Vanguard honor.

Subsequent solo album Listen Without Prejudice Vol. 1, released in September 1990, featured no videos, but still yielded hit singles in “Praying for Time” and “Freedom ’90.” However, Michael felt his label Sony did not adequately promote the album and it led to years of discord with the company. Instead, Michael released music — the single “Too Funky” — via the charity Red Hot + Dance for the Red Hot Organization.

In late 1992, Michael went to court in an attempt to break free from his recording contract with Sony Music Entertainment. He parted with the company in 1995, signing with DreamWorks for North America and Virgin elsewhere. Sources close to the negotiations at the time said Sony was to receive a cash sum of $30 million to $40 million as a payment to release Michael. This was to be paid by DreamWorks and Virgin against their earnings from the release of subsequent albums.

Though he would not come out as gay officially until 2007, Michael was open about bisexuality and matters of sex in general. But an incident on April 7 1998, an arrest for “engaging in a lewd act” in a public restroom of the Will Rogers Memorial Park in Beverly Hills, would forever link him with the topic of sex. According to reports, Michael was approached by an undercover policeman for a sexual act. He later pleaded no contest to the charge.

Scraps with the law and the tabloids would continue for the next decade. In July 2006, Michael was accused of anonymous public sex at London’s Hampstead Heath. Earlier that year, he was also arrested for drug possession, and was released without incident, and in 2008 and again in 2010 received a DUI in the U.K. for driving under the influence of drugs. He joked often about his prolific use of marijuana.

Appearances on U.K. television shows like Top of the Pops and So Graham Norton, and with the likes of Elton John, like on the 1991 duet “Don’t Let the Sun Go Down on Me,” kept Michael in the public eye for the rest of the 1990s and into the 2000s. In 2006, Michael embarked on his first world tour in 15 years, called 25 Live. It coincided with a two-disc album called Twenty Five,released in 2008 and featuring duets with Paul McCartney and Mary J. Blige along with new songs.

All told, Michael only released five solo albums — Faith, Listen Without Prejudice Vol. 1, Older, Songs From the Last Century (a covers/standards albums) and Patience. He also released two greatest hits sets. His first live album, Symphonica, was his final album during his lifetime, released in 2014, and also the last album produced by the late Phil Ramone.

Michael would become more reclusive as the years went on. In the U.S., Michael was seen in the TV series Eli Stone and performed on American Idol in 2008. He also released a new track that year called “December Song,” via his website for free. His pop culture relevance would not dissipate, however, with Michael showing up prominently in the comedy Keanu as well as the end of the film Deadpool.

In 2011, Michael also released a cover of Stevie Wonder’s “You and I” as a wedding gift to Prince William and Catherine Middleton. A month after the April nuptials, Michael announced dates of a European Symphonica Tour to kick off in late August. In November, however, Michael canceled the remainder of the dates after battling pneumonia. Health problems would persist in the coming months and years, with Michael ending up in an intensive care unit and later revealing that he had undergone a tracheotomy.

Throughout his life, Michael remained active in many charities, performing concerts to raise money a myriad of causes, including HIV research.

Friends, colleagues and musicians paid tribute to Michael on Christmas Day, including The Late Late Show‘s James Corden and Ben Winston, who credited Michael with inspiring “Carpool Karaoke” after their Red Nose Day sketch in 2011.

Actor and fellow gay rights activist George Takei paid tribute with Michael’s own song titles: “Rest with the glittering stars, George Michael. You’ve found your Freedom, your Faith. It was your Last Christmas, and we shall miss you.”

Elton John took to Twitter early Monday morning to say he was in “deep shock.”  Adding, “I have lost a beloved friend – the kindest, most generous soul and a brilliant artist.” 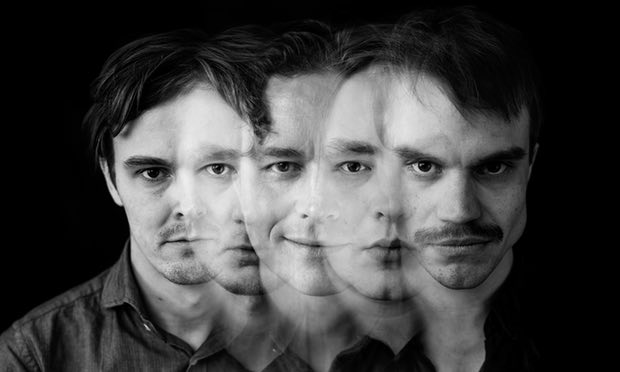 No one could ever accuse Spencer Krug of a taking a languorous approach to his music. Over the last decade, the Canadian singer-songwriter’s output has been torrential: he’s released something like 20 albums and EPs, under an impressive variety of names. The most famous is Wolf Parade, a Montreal quartet whose very name can cause a certain kind of Pitchfork-scouring music fan’s heart to skip a beat: look online and […]