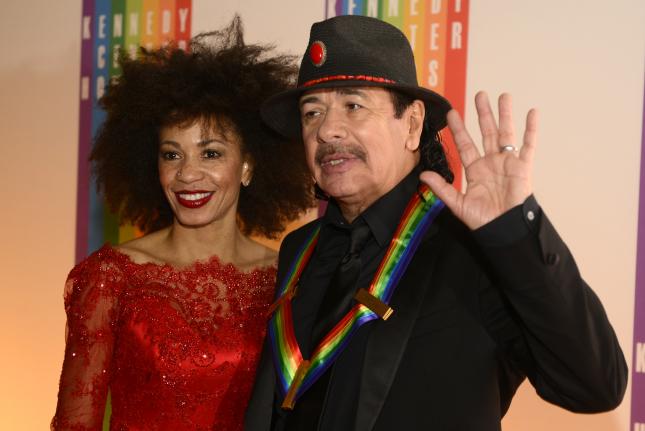 The 67-year-old guitarist and 55-year-old drummer performed “The Star-Spangled Banner” sans lyrics at Game 2 of the NBA Finals between the Cleveland Cavaliers and the Golden State Warriors.

Santana and Blackman took to the stage at Oracle Arena in a mustard yellow shirt and a sequined top, respectively. The couple posed in matching denim outfits with the Larry O’Brien Championship Trophy prior to the game.

Santana proposed to Blackman in concert on his Universal Tone tour in July 2010, and wed the drummer five months later. He last released Corazón with Santana in May 2014, while Blackman is best known for her work with Lenny Kravitz.

Watch Thomas Rhett Get Dumped Hard in ‘Crash and Burn’

There's rain, there's pleading, there's a guy with a boom box outside her window – wait, did we mention that guy is Thomas Rhett? In the video for his latest single, "Crash and Burn," the country singer gets dumped by the side of the road and spends the rest of the video running around Nashville, adorably trying to get back on his (former) lady's good side. It doesn't work on […]