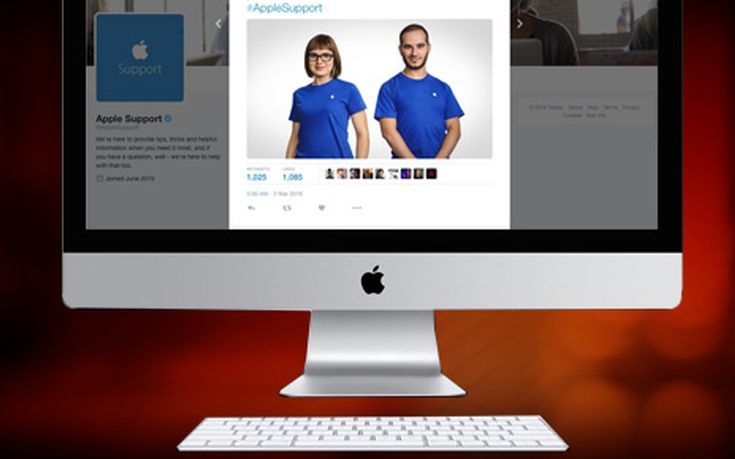 On Thursday, notoriously social media-shy Apple revealed a new Twitter account, @AppleSupport, which responds to technical questions from users and tweets out tips and tutorials.

24 hours later, Apple Support has over 121,000 followers, and has tweeted over 2,200 times directly to Apple users with instructions for how to fix their problems. Turns out, there was quite a bit of pent-up demand for Apple support on social media.

That works out to between 2 and 3 responses per minute, given that Apple Support only works for 15 hours per day. In addition, Apple’s support representatives have to filter out joke tweets:

@AppleSupport I think you guys should unlock that iPhone

Apple already had a robust online support service with lots of customer service tutorials. Users could also schedule a phone call with Apple Support. Plus, Apple’s network of retail stores serve as contact points for technical support as well.

Apple retail boss Angela Ahrendts tweeted she was “thrilled to have another wonderful support option for customers.”

Among tech giants, Apple is late to embrace Twitter. For example, Microsoft’s Xbox Support accounts have been on Twitter since 2009 and are famous for fast response times.

Twitter CEO Jack Dorsey welcomed Apple Support and used the account to make a point that he believes that Twitter is well-suited for real-time customer service.

The Apple Support Twitter account appears to be managed with the help of Sprinklr, a social media software from a high-flying New York startup. Other Apple social media accounts tweet through Sprinklr, including iBooks.

However, despite the new account, Apple continues to have a relatively light presence on social media in general. Although most of its top executives tweet, the @Apple handle on Twitter is dormant, and the company does not have an overall Facebook page.